Reading, dancing, and socializing could lower your risk of dementia, new study finds 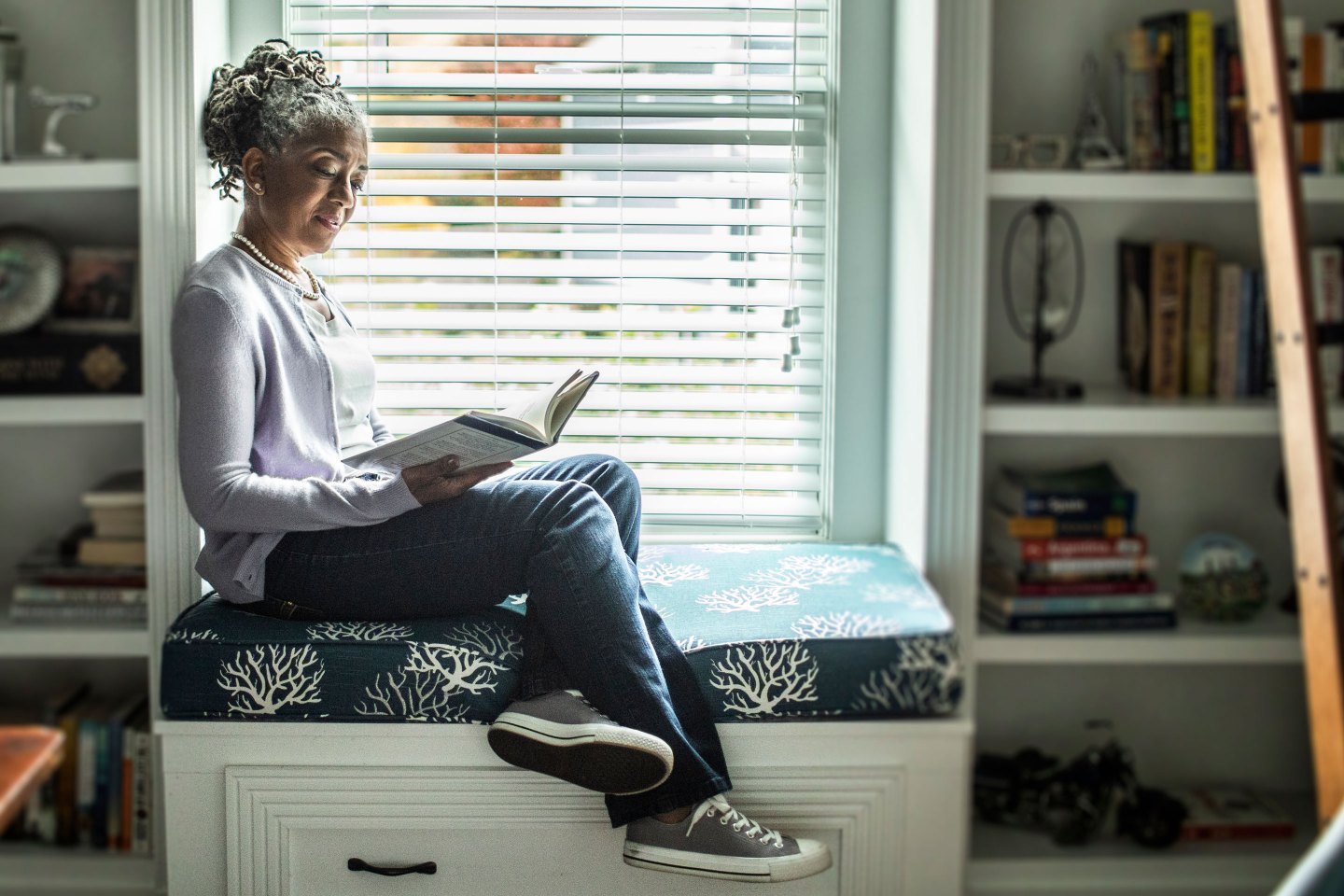 Researchers have found that leisure activities, such as reading, can lower your risk of dementia.
Getty Images

Reading a book is a nice way to relax, but experts have found that it may also reduce your risk of dementia. In a new study published in Neurology, the medical journal of the American Academy of Neurology, researchers found that leisure activities, such as doing yoga and spending time with loved ones, could lower a person’s risk of developing dementia, a disease that impacts more than 55 million people around the world.

While the study didn’t include any new research, experts reviewed 38 previous studies from around the world, which observed a total of 2 million people who did not have dementia. Participants were followed for at least three years and 74,700 people developed dementia, which is currently the seventh leading cause of death among all diseases.

In the studies, participants self-reported their leisure activities, which were defined as “those in which people engaged for enjoyment or well-being,” and they were divided into mental, physical, and social activities. Those who participated in such activities had a 17% lower risk of developing dementia compared with those who did not.

Mental activities, such as reading or writing for pleasure, playing games or musical instruments, making crafts—and even watching TV—had the most benefits, with people who engaged in these activities having a 23% lower risk of dementia. There’s also research that suggests being bilingual can delay the onset symptoms of dementia, adding to the benefits of learning a new language to keep your brain active and promote healthy aging.

“Learning a new language involves and stimulates multiple different parts of your brain and encourages new pathways and connections to develop between them,” says Philippa Wentzel, curriculum team lead at Lingoda, an online language school. “Just how physical exercise changes our bodies, the mental exercise involved in learning a new language also changes the structures of our brains.”

Those who engaged in physical activities, such as walking, running, yoga, playing sports, cycling, dancing, and group exercise classes, had a 17% lower risk of dementia. Those who participated in social activities that involved communicating with others, such as taking a class, volunteering, visiting relatives or friends, or attending a religious service, had a 7% lower risk of dementia.

While age is the most common risk factor for dementia, it can also be influenced by heart health and physical activity. Symptoms of dementia include forgetfulness, confusion, and difficulty communicating. Previous studies have also indicated that leisure activities can lower cancer risk, reduce atrial fibrillation, and positively impact a person’s overall well-being, according to study author Lin Lu, Ph.D., of Peking University Sixth Hospital in Beijing.

“While the jury is still out on the exact risk reduction strategy that someone should use to reduce their risk of dementia, there are things we can start incorporating into our daily lives today that may reduce our risk of cognitive decline,” says Heather Snyder, Ph.D., Alzheimer’s Association vice president of medical and scientific relations. “Eating a heart-healthy diet, exercising regularly, and staying cognitively engaged are just a few. Find something that you enjoy doing and stick with it.”