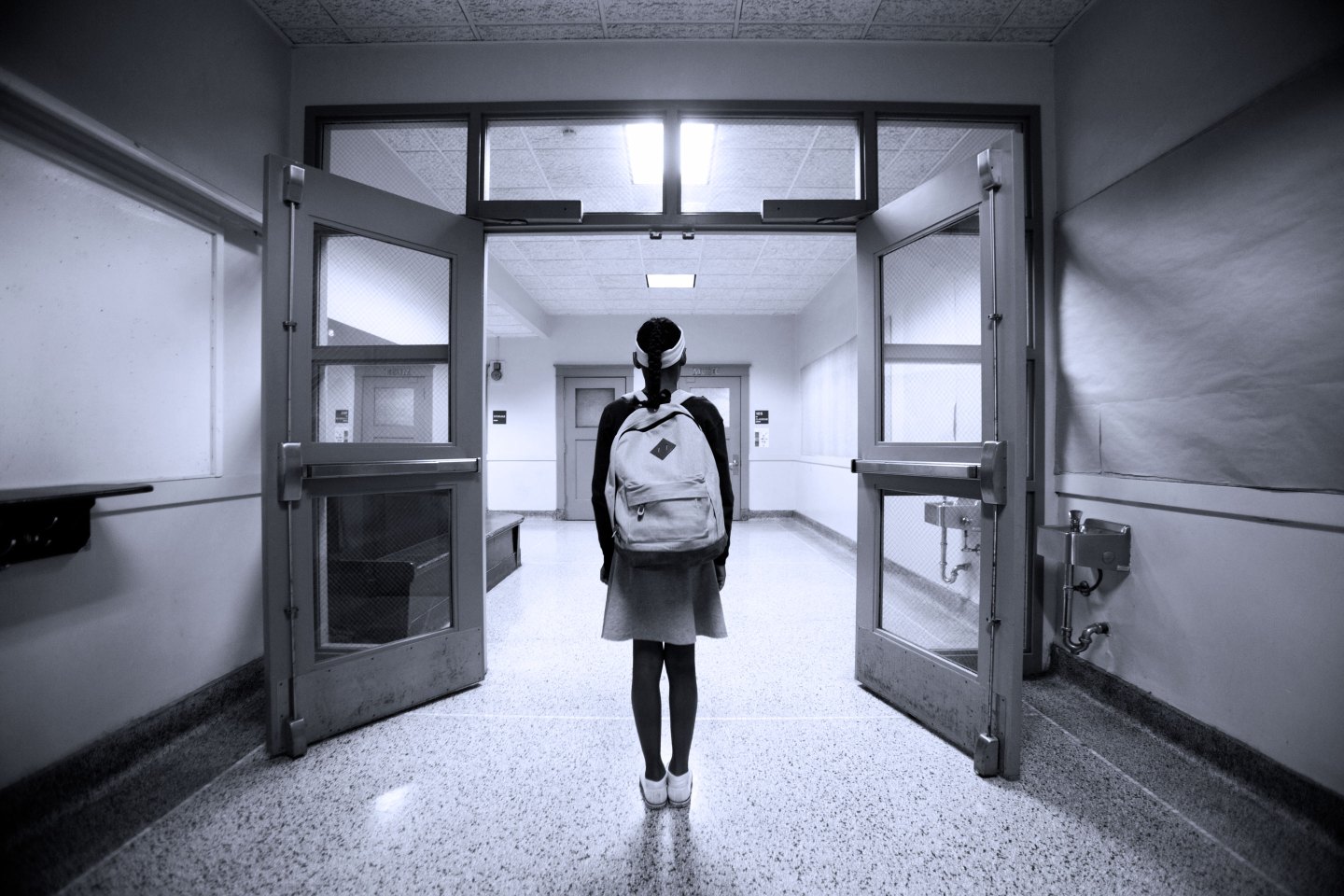 Data on nearly 12,000 U.S. children between the ages of 9 and 10 found that 5% had engaged in binge eating.
Getty Images

A new study, published this week in JAMA Pediatrics, shows how those even younger than 10 are affected by eating disorders. The research studied roughly 12,000 nine and ten-year-olds between 2016 and 2018 and found that 5% took part in binge eating behaviors and 2.5% took measures to avoid gaining weight, including self-induced vomiting, which experts say many parents don’t know children are capable of doing.

“That potentially means millions of kids in this country could be struggling with dangerous eating practices that could go on to become eating disorders,” says Dr. Stuart Murray, director of the Eating Disorders Program at the University of Southern California.

A common misconception is that eating disorders affect a specific type of person: usually the media portrays a young adolescent girl as the one struggling. In reality, eating disorders affect people regardless of age, race and gender. In the study, young boys and girls equally engaged in habits associated with developing an eating disorder. For one expert, it’s crucial for parents to understand that children pick up the societal cues around ideal body weight and size and even the shame associated with foods historically deemed “unhealthy” or saved solely for “cheat” days.

“Seeing these measured disordered eating behaviors in nine- and 10-year-olds reflects what a lot of us have been seeing clinically” says Dr. Elizabeth Wallis, an expert at youth eating disorders and director at the Friedman Center for Eating Disorders.

While children’s behaviors associated with an onset of an eating disorder may manifest differently than in someone older, the signs to look out for are similar but parents and pediatricians may not have had them on their radar, especially for prepubescent children. Having a harmful relationship with food can only be exacerbated by hitting puberty and noticing normal body changes that may cause shame and insecurity, experts say.

Here’s what to look for and how to speak about food and body image in a way that can help young kids:

It may be hard to discern the difference between a child consuming food in a potentially harmful way versus a natural growth spurt.

“Educating parents on the signs of disordered eating versus normal sort of eating that nine- and 10-year-olds do when they grow up is really important,” Murray says.

If your child all of a sudden abandons one food group, that may be a sign that a disordered eating habit is coming on, Wallis says. Another example is if they stop eating a snack after a certain time of day or have a dramatic shift in overall food habits. Young kids also may be more secretive about certain foods they eat or don’t eat, which can lead to disordered eating.

Disordered eating, which is said to affect more people than general eating disorders, and defined by symptoms like binge eating, restricting, and/or anxiety, guilt and shame associated with food and weight, can lead to various eating disorders including anorexia nervosa and bulimia.

How a child speaks about food and even mentions calories could be an indicator of a harmful relationship with food and body, Wallis says.

If a child is more irritable, anxious, or stressed, especially around food or meal times, that could be a sign of a harmful relationship with food. Mental health struggles are skyrocketing among youth, including rates of depression and anxiety, but symptoms for eating disorders can also play a role and shouldn’t be dismissed, Wallis says.

Use neutral language around food

If there’s anything parents and caregivers should take away—and truly everyone and anyone—be conscious of how you speak about food. It is ingrained in our language and standards promoted by media and entertainment that there is one ideal body size. Commenting on weight, even if it’s in a more general way, can cause harm and intrusive negative thoughts for people who are at risk for developing an eating disorder. Speaking of food in categories of “good” and “bad,” further perpetuates the idea that people should restrict.

“There’s a tremendous amount of pressure in this society to look and weigh a certain way, and to think that younger kids don’t pick up on that is naive,” Wallis says.

If you notice a specific habit change, consider asking your children why they may be avoiding something rather than passing judgment by saying, “oh, I’ve noticed you don’t eat this unhealthy carb,” Wallis says, for example.

Instead, talk about the qualities and personality attributes that make kids unique rather than force them to mold into who everyone else tells them to be even if you’re subconsciously commenting on food in a negative way.

“If your parental instinct is there that something is wrong you’re probably right,” Wallis says, underscoring that validating and taking food concerns seriously is important.

Neutral and nonjudgmental language is a good primary intervention, and if things persist, seeking out profesional eating disorder help is recommended.