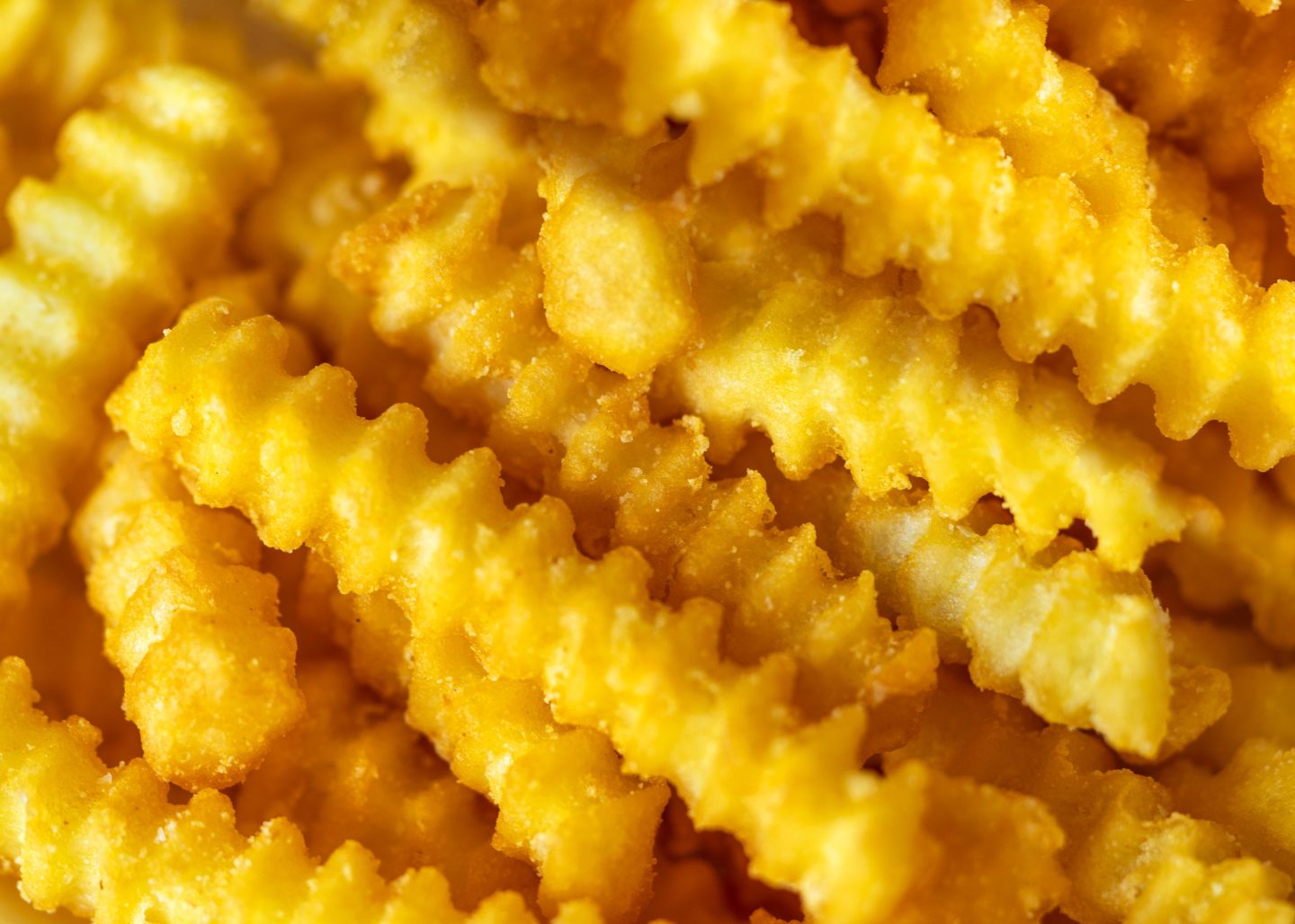 Inflammation get a bad rap, but it’s only partially deserved. If you catch a cold or stub your toe, you want the offending pathogen or injury to trigger an inflammatory response, because that’s what kicks off the healing process. Exercise also causes temporary inflammation; it helps you build muscle mass.

The catch is that when inflammation doesn’t dissipate, “it becomes a simmering flame,” says New York-based integrative dietician Robin Foroutan, RDN. Left unchecked, it can cause fatigue, damage healthy tissue, and may increase your risk of a host of ailments, including asthma, type 2 diabetes, heart disease, autoimmune disease, and cancer.

To lower your levels, take a look at your diet. “Chronic inflammation comes, in part, from chronic consumption of excessive amounts of certain foods,” says Ginger Hultin, RDN, a Seattle-based registered dietician nutritionist at ChampagneNutrition. You don’t have to eat perfectly—”It’s not like you have one candy bar and you’re inflamed,” she says—but the overall pattern and quality of your diet matters a lot. If you’ve been overdoing any of the following inflammatory foods, consider this your nudge to cut back.

Whether you’re barbequing or pan-grilling, char marks and burnt edges are a clue that your food contains heterocyclic amines (HCAs), compounds that cause fat and protein to oxide, causing oxidative stress and cellular damage. Cooking any animal protein at a high temperature can form HCAs, but red meat is likely the worst offender; the International Agency for Research on Cancer classifies it as “probably carcinogenic to humans.”

Meat that’s been cooked over an open flame also often contains polycyclic aromatic hydrocarbons (PAHs), which form when fat and juices drip down and cause smoke that latches onto the surface of your food. PAHs are also found in cigarette smoke and car exhaust fumes. (Still hungry?)

If you love the taste of char-grilled meat, you can prevent some of the damage by marinating it in a combo of lemon juice and herbs and spices. Black pepper, rosemary, thyme, oregano, basil, sage, and marjoram are all loaded with beneficial antioxidants, which counteract inflammation.

Hold the salami, pass on the bacon, and think twice before reaching for a hot dog. Processed meat is inflammatory for a few reasons, starting with its high saturated fat content. Saturated fat makes fat tissue in your body more inflammatory. These foods also contain high levels of sodium nitrite, a compound that may convert into nitrosamines and increase the risk of gastric cancer. Plus they’re a major source of advanced glycation end products (AGEs), especially when cooked at high heat (think bacon sizzling in a pan). AGEs cause oxidative stress and inflammation, and may accelerate age-related diseases such as macular degeneration and Alzheimer’s.

Still not convinced? A large 2020 study, published in the International Journal of Epidemiology, concluded that a high intake of red and processed meat was strongly associated with a higher risk of colorectal cancer.

A glass of red wine isn’t a bad thing; it contains resveratrol, a healthy plant compound (polyphenol) that has antioxidant properties. Other types of alcohol, even hard liquor, may also be anti-inflammatory—at least when you drink it in small quantities. But alcohol is still a toxin, and when consumed in excess it is absolutely inflammatory, says Hultin. Research has shown that alcohol induces inflammation in the gut through multiple pathways and that this inflammation, in turn, may partially explain why alcohol overuse is so closely connected to cancer, liver disease, and neurological damage.

In theory, moderation is best: Moderate drinkers tend to have less inflammation compared to heavy drinkers and those who don’t drink at all. But some research has concluded that abstaining is the overall healthiest option, so don’t start drinking for the sake of better health. If you choose to imbibe, limit your intake to 2 drinks a day or less if you’re a man or 1 drink a day or less if you’re a woman.

Trans fats are largely banned at this point, but that doesn’t mean you can safely supersize your order of fries. Whenever you deep fry foods—and particularly when you’re using the same oil over and over, as they do in most restaurants—you create inflammatory molecules, says Foroutan.

You should also be cautious when sautéing food at home. Cooking with extra virgin olive oil is great, but it has a relatively low smoke point, and “once you see that it smokes any health benefit is canceled out and it has become inflammatory,” she says. Keep the temperature a bit lower, or opt for avocado oil, which can withstand higher heat.

Sugar isn’t always inflammatory, but high consumption of added sugar can certainly increase inflammation, says Hultin. Research has shown that people who get 20% of their daily calories from sugar-sweetened beverages have elevated levels of C-reactive protein, a marker of inflammation. Added sugar is also high in calories yet low in nutrients, which means consuming too much of it makes it easy to pack on excess pounds—and obesity is associated with chronic inflammation.

The American Heart Association recommends limiting daily added sugar intake to the equivalent of 9 teaspoons per day for men or 6 for women. (Warning: A single can of soda might have more than 10 teaspoons.)

If it comes in a box or bag with a long list of ingredients, chances are its inflammatory. Processed foods may trigger chronic inflammation by altering the composition of the bacteria that live in your gut. Cookies, crackers, white bread, and other refined carbohydrate products also quickly spike your blood sugar, which triggers an inflammatory response as your body tries to bring blood glucose levels down to normal.

Also concerning: Packaged foods often contain chemicals and other ingredients that are inflammatory, says Foroutan. For instance, a lot of processed salty snacks are made with cottonseed oil, and since cottonseed is not a food it may be treated with toxic pesticides that are not normally permitted for use on produce. Cottonseed oil is also refined at very high temperatures, which further creates an inflammatory product, she says.