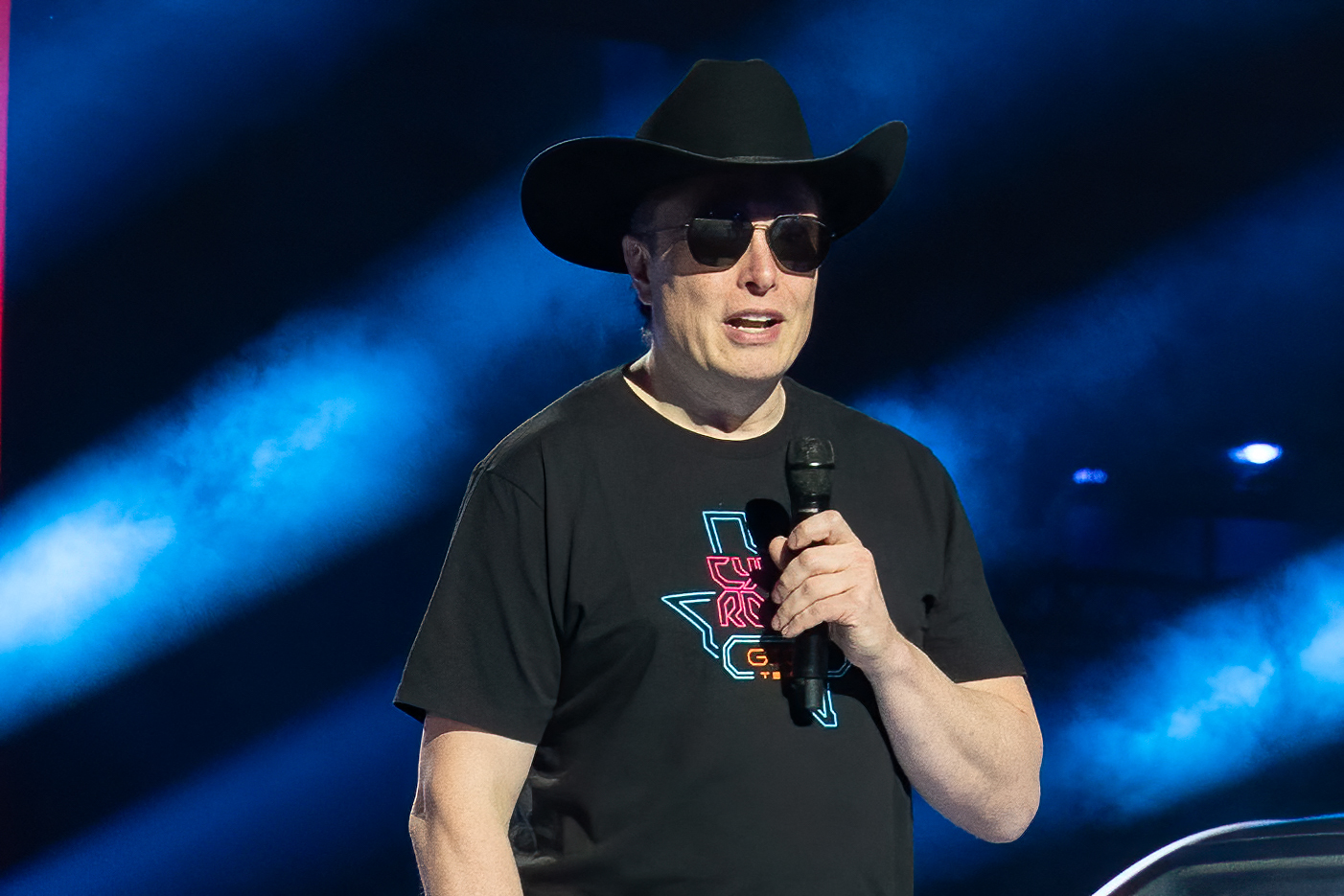 Elon Musk’s rush into a $44 billion acquisition of Twitter already looked like a bad decision. Now, his decision to forgo due diligence resembles something close to a calamity.

CNN and the Washington Post dropped bombshell reports Tuesday about a whistleblower complaint lodged against Twitter by the company’s former head of security, a highly respected veteran of Silicon Valley and Washington defense circles. The whistleblower, Peiter “Mudge” Zatko, alleges that Twitter executives misled federal regulators and board members about major security lapses throughout the company, putting the sensitive data of 238 million daily active users—including political figures and dissidents—within the grasp of hackers.

Twitter forcefully denied the allegations in statements to both media outlets, portraying Zatko as an opportunistic, disgruntled employee who was fired after 15 months due to his “poor performance and leadership.” Company officials added that many of Zatko’s allegations are “riddled with inaccuracies,” though they did not offer a point-by-point rebuttal to his claims.

At this point, it’s far too early to pass judgment on the validity of Zatko’s numerous allegations, many of which center on Twitter failing to implement basic security protocols and withholding information that would expose those failures.

Zatko, a former cybersecurity official at the Pentagon and Google, ranks among the most well-respected leaders in the industry, lending him copious amounts of credibility. Twitter also has endured multiple embarrassing hacks in recent years, bolstering Zatko’s claims of lax cybersecurity oversight. Still, many of Zatko’s claims involve highly technical matters that require extensive investigation.

It’s also too early to know whether Zatko’s claims—if proven true—could or would derail Musk’s impulsive agreement in April to purchase Twitter.

The complaint certainly bolsters Musk’s attempt to back out of the deal, ostensibly due to his belief that Twitter has misled him about the company’s value by undercounting the prevalence of spam bots on the platform. (Musk cynics argue he’s just mad that he might overpay by many billions of dollars for Twitter.)

However, Zatko’s allegations might not meet the legal threshold for reversing the agreement, which requires proof that Twitter made false statements that would cause a “material adverse effect” on the company. Musk also has little time to vet Zatko’s claims ahead of a fast-tracked trial, set for mid-October, in which a Delaware chancery judge will decide whether Musk has grounds for reneging or will have to go through with the acquisition. Zatko has been subpoenaed as part of those proceedings, a lawyer for Musk told CNN.

Still, here’s what it’s not too early to say: Musk, in all likelihood, could have opted against buying the company or sought a much better deal had he conducted a standard due diligence review.

If Musk had sicced a collection of lawyers and investigators on Twitter, he very well could have uncovered some or all of the claims lodged by Zatko. A lawyer representing Zatko said the whistleblower complaint process started before Musk’s interest in buying Twitter became public, but his client hadn’t been in contact with Musk, CNN reported.

While it’s unclear whether Zatko would have engaged with Musk’s team during a pre-deal due diligence inquiry, Twitter’s former security chief isn’t exactly trying to hide his frustration with the company.

In addition, Zatko harbored some of Musk’s suspicions about Twitter understating the amount of bots on the platform. In his complaint, Zatko wrote that he believes “senior management had no appetite to properly measure the prevalence of bots,” in part because accurate measurements “would harm the image and valuation of the company.” (Twitter CEO Parag Agrawal tweeted in May that the company is “strongly incentivized to detect and remove as much spam as we possibly can,” noting that fake accounts harm users’ experience on the platform.)

Perhaps just as important, the Post’s reporting shows that multiple current and former employees agree with at least some of Zatko’s assertions. Together, their accounts paint Twitter as a mismanaged mess of an organization, contributing to serious concerns about security.

The coming months will reveal just how costly Musk’s forgoing of due diligence will be for the world’s wealthiest man. Musk might still wiggle his way out of the deal, perhaps with some help from Zatko. But if a judge forces Musk to grossly overpay for a company riddled with security, management, and spam bot issues, he’ll have nobody to blame but himself.

A good haul. Instacart’s revenue growth rate bounced back in the second quarter, helping keep the private company on track for an initial public offering later this year, the Wall Street Journal reported, citing investors familiar with the company’s financials. The grocery delivery company generated $621 million in quarterly revenue, a 39% year-over-year increase, as it fielded more orders and benefited from unveiling new pricing plans. The Q2 results are an improvement from the 15% revenue growth that Instacart posted in the first quarter, when slowing business caused the company to cut its internal valuation from $39 billion to $24 billion.

Ripping off BeReal? Instagram is testing a new feature that mirrors the core function of the app BeReal, the latest example of a Meta division replicating a budding rival’s defining property. A developer recently spotted the feature, called IG Candid Challenges, which prompts users at a different time each day to take a photograph and post it on the social media platform. Instagram officials said the feature is an “internal prototype” that external users cannot access for now. BeReal ranked Tuesday as the most-downloaded free app in Apple’s App Store.

A short-circuited scheme. A former Apple employee pleaded guilty Monday to stealing trade secrets related to autonomous vehicles under development by the tech giant. Federal officials said Xiaolang Zhang, who designed and tested circuit boards for Apple’s self-driving car project, stole schematics and hardware from Apple facilities in 2018. Zhang planned to go to work for an Alibaba-backed electric vehicle startup in China, where government and corporate leaders have been repeatedly accused by U.S. officials of stealing American trade secrets.

Slowing down a bit. Zoom shares sank 16% in midday trading Tuesday after the videoconferencing company trimmed its outlook for the current fiscal year, CNBC reported. Zoom officials said they now forecast $4.39 billion to $4.4 billion in revenue for the fiscal year ending in January 2023, down from estimates in May of $4.53 billion to $4.55 billion. Company executives attributed the cut to global economic conditions, while some analysts have warned about growing competition in the sector.

Better order more pink slips. Ford’s announcement of significant layoffs Monday could become a common occurrence in the speedy shift to electric vehicles. Insider reported Tuesday that auto industry observers expect carmakers will need to dramatically reallocate human capital in the coming years as they adapt to manufacturing EVs. Various estimates suggest that tens of thousands of jobs in the U.S. and Europe could be cut, in part because EVs require fewer parts to assemble. While some of those employees could transition to working on EV batteries and components, analysts ultimately forecast a net decline in auto industry headcount stemming from the switch.

While nobody can predict the exact contours of the budding EV revolution, it appears that the technological shift will disrupt automotive manufacturing and employment as much as it will overhaul the makeup of streets and highways.

“We absolutely have too many people in some places, no doubt about it,” Ford CEO Jim Farley said on a recent earnings call. “We have skills that don’t work anymore, and we have jobs that need to change.”

‘The system is going through a phase change.’ Why even China tech bulls are dumping Alibaba and Tencent, by Clay Chandler and Grady McGregor

The largest Chinese e-commerce company you have never heard of is about to enter the U.S. with a model to challenge Amazon’s dominance, by Grady McGregor

Wall Street and Big Tech brace for much lower bonuses this year, by Sheryl Estrada

What’s a ‘bear trap’? Analysts issue warning not to get swept away by the recent market rally, by Tristan Bove

The Ethereum community is worried about censorship as the ‘merge’ approaches. Here’s why, by Taylor Locke

‘Hybrid guilt’ is plaguing employees, proving going to the office part-time is the worst of both worlds, by Chloe Berger

Couldn’t even call? Here’s guessing this wasn’t a “new phone, who dis” situation. Bloomberg reported Tuesday that the Federal Trade Commission never gave a customary heads-up to Meta that the agency was suing to stop the Facebook and Instagram parent’s purchase of a virtual reality fitness app developer—a case that could alter the tech merger and acquisition landscape for years to come. FTC officials also opted against soliciting sworn testimony from Meta officials ahead of the filing, another break in tradition. The stealth moves add to the perception that FTC Chair Lina Khan is taking a more adversarial approach to dealing with tech giants, whom she has accused in the past of accumulating power through anticompetitive acquisitions. So how did Meta learn that the FTC was launching the lawsuit? The same way the public did: on Twitter.