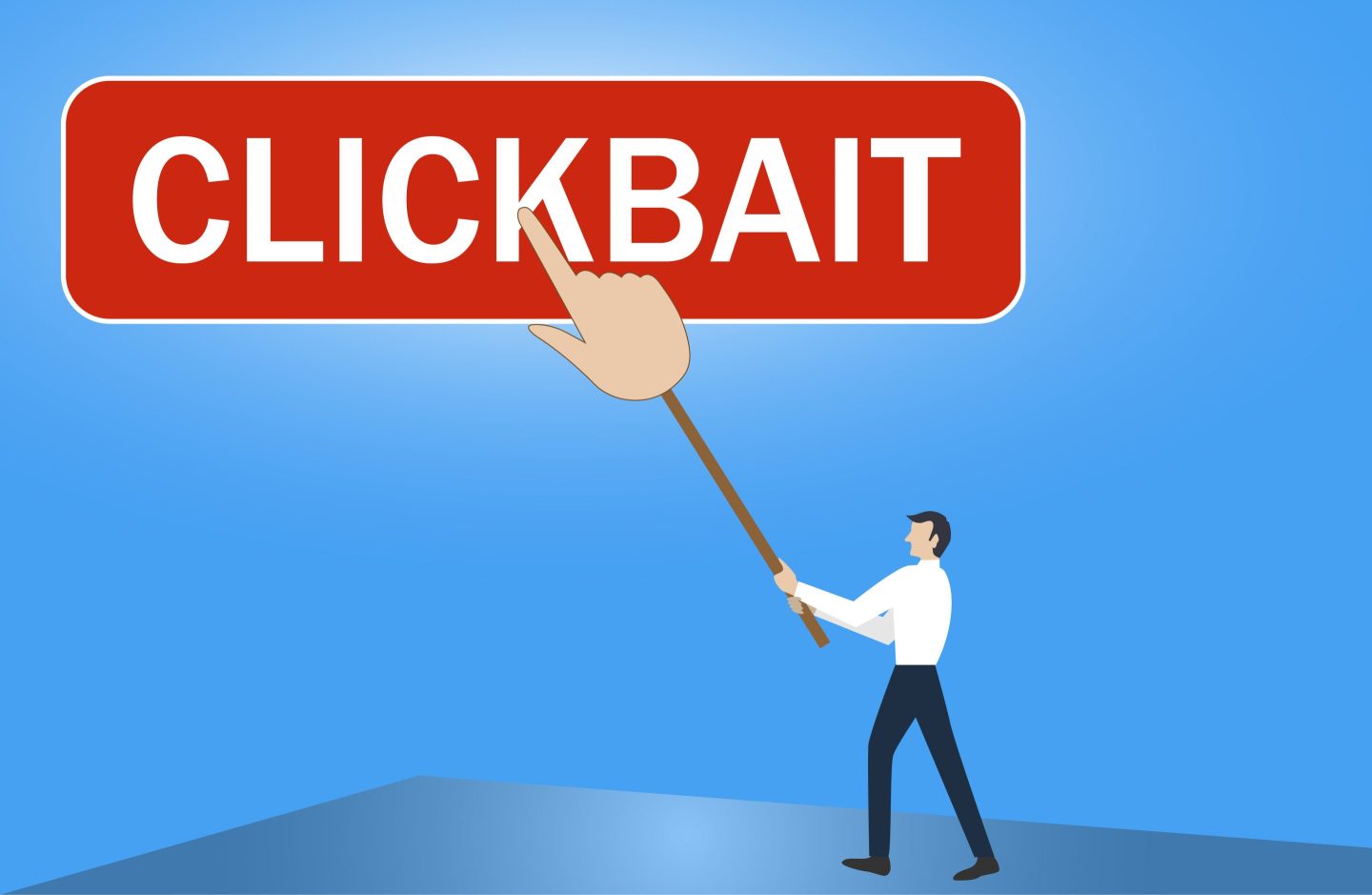 Is this clickbait? A news article ponders its own existence.
Getty Images

Quick! Read this now. Google says it’s cracking down on clickbait, and we hope this article makes the cut (we’re pretty sure it will).

The tech giant announced on Thursday that it will start prioritizing “content by people, for people” in a push to get rid of clickbait articles that seek to grab readers’ attention with a catchy headline but don’t always deliver the goods.

But this one’s different (we promise).

The so-called helpful content update will enable Google’s search engine algorithm to remove content that is “primarily created for ranking well in search engines rather than to help or inform people.” That means the whole industry that has grown up since the early ’90s around “search engine optimization” (SEO) might have to recalibrate a bit, including the news media.

“We know people don’t find content helpful if it seems like it was designed to attract clicks rather than inform readers,” Google’s public liaison for search, Danny Sullivan, said in a blog post announcing the update. “Many of us have experienced the frustration of visiting a web page that seems like it has what we’re looking for, but doesn’t live up to our expectations.”

Sullivan gave the example of a Google user looking for information about a new movie, only to find “aggregated reviews from other sites” that don’t add any value.

“This isn’t very helpful if you’re expecting to read something new,” he wrote. “With this update, you’ll see more results with unique, authentic information, so you’re more likely to read something you haven’t seen before.”

Sullivan added that, in testing, searches related to online education, the arts, entertainment, shopping, and technology showed particularly promising improvements after the update.

The move to remove low-quality, clickbait content by Google comes amid consistent headlines detailing the declining quality of the company’s search results.

Google’s search engine algorithm uses artificial intelligence (A.I.) and machine learning systems to find the most “relevant” and “useful” content for readers, and it has been regularly updated for over a decade. But critics argue that the leading search engine pushes paid ads and links to other Google services instead of quality content and that it’s consistently tricked by search engine optimization companies who aggregate content that is designed to rank highly in search engines and boost clients’ status, rather than educate readers.

For news sites, the matter is even more complex than simply whether an article aggregates content from somewhere else, as Google considers various factors, including backlinks (links from outside sites back to your own) and crosslinks (links between sites)—and their relevance—when assigning “authority” to an outlet. And articles have to provide the proper content related to the headline, including relevant links, to actually inform the reader.

The test for news companies will be whether they can still do this without triggering the clickbait “banhammer.” But Google says news outlets should have nothing to fear, as long as they are producing original, quality content.

“Any content—not just unhelpful content—on sites determined to have relatively high amounts of unhelpful content overall is less likely to perform well in search, assuming there is other content elsewhere from the web that’s better to display,” the company said.

Google also provided a series of questions for content creators to ask themselves in order to better understand and navigate the update. The key takeaway was simple: Focus on creating original content for real humans, not garnering clicks.

The new update will begin to take effect next week, but could take up to two weeks to fully roll out, Google said, adding that more information will be posted on its updates page after the launch. It will only affect English language searches to start, but Google representatives said on Friday that the company is planning to roll out the update to other languages “in the future.”

Google also said it will be continuing to refine the “series of updates” that it began last year to show better reviews on its site.