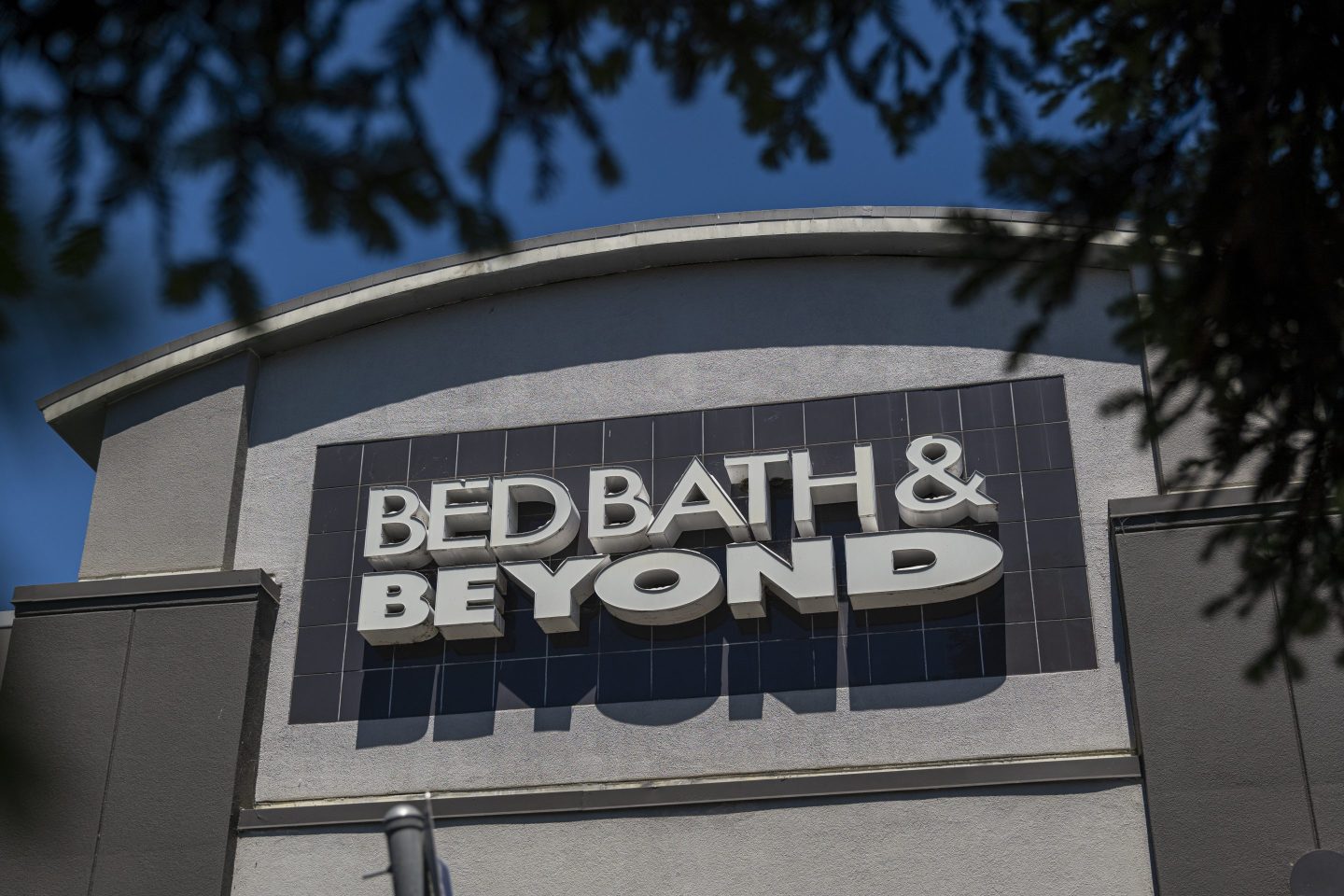 Bed Bath & Beyond shares are plunging for the second day in a row, wiping out most of the stock's gains this month.
David Paul Morris—Bloomberg via Getty Images

Bed Bath & Beyond, which saw its stock soar 365% in the past month, has erased most of those gains in just two days. Shares of the home goods retailer nosedived 43% at market open on Friday, as investors fled following news that GameStop chairman Ryan Cohen had indeed sold all of his holdings in the meme stock.

The news, confirmed after the market closed Thursday, was a blow to retail investors, who had put money into Bed Bath & Beyond in hopes Cohen would help turn the company around.

On Monday, Bed Bath & Beyond, via a regulatory filing, said Cohen had bought over 9.4 million shares of the company through RC Ventures, including more than 1.6 million in distant out-of-the-money call options with strike prices between $60 and $80. That indicated he was in it for the long term.

Three days later, he had completely withdrawn his position.

The whiplash of the stock price has led some investors to call for an SEC probe into Cohen’s actions, with some concerned that Cohen might have manipulated the markets with his trades.

Cohen first bought into Bed Bath & Beyond on March 6, via his investment firm RC Ventures. At the time, the cofounder of Chewy urged the company’s board to make changes, and his pressure led to three Cohen appointees joining the board.

Earnings haven’t shown much improvement, though, and shares fell in the following months. It was just in the past few weeks that Reddit’s r/WallStreetBets has taken to the stock, causing the surge.

On Friday, investors who track their progress on the page were licking their wounds, with one saying they had realized a $1.1 million net loss with their investment.