Penny-pinching and pessimism: New report reveals how consumers have changed their behavior due to inflation and the economy 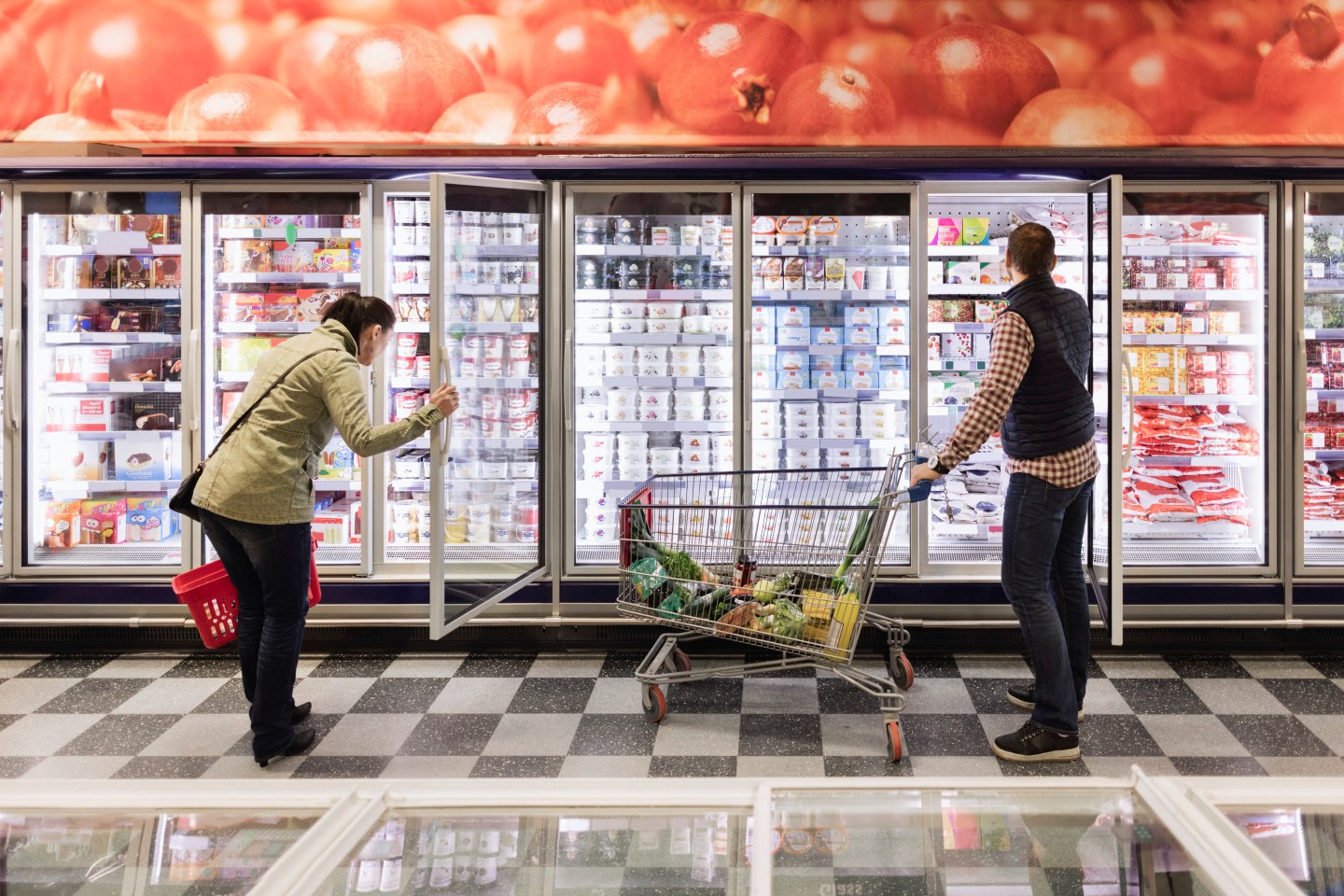 People of all income levels—including the wealthy—are trying to stretch their dollars amid the current economic downturn.

Nearly three out of four adults are “trading down,” meaning trying to reduce spending in areas such as groceries, according to a new survey of 4,000 people by consulting firm McKinsey.

Sixty percent of respondents said they’ve reduced the amount of stuff they buy while 44% have delayed a purchase. And 37% have switched to shopping at cheaper retailers or are more likely to seek discounts, according to the report.

“Wholesale clubs are doing quite well,” Kelsey Robinson, a partner at McKinsey, tells me. “Folks are going there and doing intentional value-based shopping. And I think you see that in their most recent quarterly results, too.”

This week’s earnings report from Walmart was a case in point. The company said Tuesday that second-quarter sales were better than expected, helped partly by wealthier families that have flocked to the company’s stores and propelled the number of memberships at its Sam’s Club division to an all-time high.

Consumers, Robinson says, have shown resilience in the face of the economic troubles, which include inflation and two consecutive quarters of declining GDP. In other words, despite it all, many consumers have continued to spend.

“I think the absolute biggest takeaway of [the research] is— it is not all a dismal story,” Robinson says. “And while there are a lot of pressures on both the economy and the consumer in the U.S. right now, there’s actually a lot of resilience and green shoots.”

The only outliers are lower-income households (under $50,000), which are spending 2% less using credit and debit cards. They’re also having to dip into savings, with their cash holdings dropping 0.5% between the fourth quarter of 2021 and the first quarter of 2022, according to the McKinsey report.

“High-income folks haven’t had to dip into that in a meaningful way, yet,” Robinson says, adding that for the overall population, savings are double what they were before COVID. “In particular, high-income millennials have really strong spend intent—they are worried about inflation, but they actually plan to still spend both on essentials and discretionary,” she says.

McKinsey also found that worries about the economy vary by generation. Three-quarters of all baby boomers cited rising prices as their top worry, while 71% percent of Gen Xers said the same. But the younger generations are less concerned. Among millennials, 55% said inflation is their greatest source of stress, while 44% of Gen Zers did.

After making it through the pandemic’s economic pain and the current inflation-heavy bout, many respondents said they lack confidence in the economy. Survey respondents were twice as pessimistic about it than in March 2020 during the onset of the pandemic.

But this month, gas prices have started to decline. Will this likely impact consumer confidence and spending?

“We did this research in July, and we still expect that many of the findings hold,” Robinson says. “The mindset of consumers is still very cautionary. Inflation is still going to be very top of mind for them.”

Upcoming events: I’m excited to let you know that in September the Fortune CFO community will meet in person in Chicago and Dallas for two in-depth dinner conversations. I will be joined by Fortune CEO Alan Murray and leading CFOs as we delve into the new leadership strategies CFOs must embrace. If you are a CFO in the Chicago area, click here to apply to join us at Sepia on September 22, or click here to apply to join us on September 29 at The Mansion Turtle Creek in Dallas. Please note that attendance is complimentary and subject to approval.

"The State of the Data Race 2022," a new report released by DataStax, a real-time data company, gauged the opinions of more than 500 technology leaders and practitioners across a variety of industries about their data strategies. Forty-five percent of respondents said that revenue growth is a key metric where their real-time data capabilities have had a “transformative” impact. Customer satisfaction (34%) and market share (31%) were also metrics that have benefitted from real-time data. And 78% of all respondents agreed that real-time data is a “must have,” not just a “nice-to-have,” according to the report.

Ken Porpora was promoted to EVP and CFO at ADT Inc. (NYSE: ADT), smart home and small business security company. Porpora will succeed Jeff Likosar, who has been named president, corporate development and chief transformation officer, after serving more than five years as CFO. Porpora has been with ADT for nearly 25 years, holding leadership roles across finance, sales, marketing, and operations. Porpora will have responsibility for all finance functions.

Andrew Steinberg was named CFO at Honor Technology, Inc., a home care network for older adults and a technology platform. The announcement comes a year after Honor’s acquisition of Home Instead and Series E funding. Steinberg brings nearly two decades of experience. Steinberg joins Honor Technology from Evercore, where he was a managing director. Before Evercore, he worked in a global strategy role at Google and as a consultant at Booz Allen Hamilton.

"For 75 years, C.D.C. and public health have been preparing for COVID-19, and in our big moment, our performance did not reliably meet expectations. My goal is a new, public health, action-oriented culture at C.D.C. that emphasizes accountability, collaboration, communication, and timeliness."

—U.S. Centers for Disease Control and Prevention Director Dr. Rochelle Walsensky called for a reorganization of her agency on Wednesday, as reported by The New York Times. “

This is the web version of CFO Daily, a newsletter on the trends and individuals shaping corporate finance. Sign up to get it delivered free to your inbox.