There’s good news in the crowded field of Omicron subvariants: ‘Bad Ned’ is (nearly) dead—but Aeterna and Centaurus are on the rise 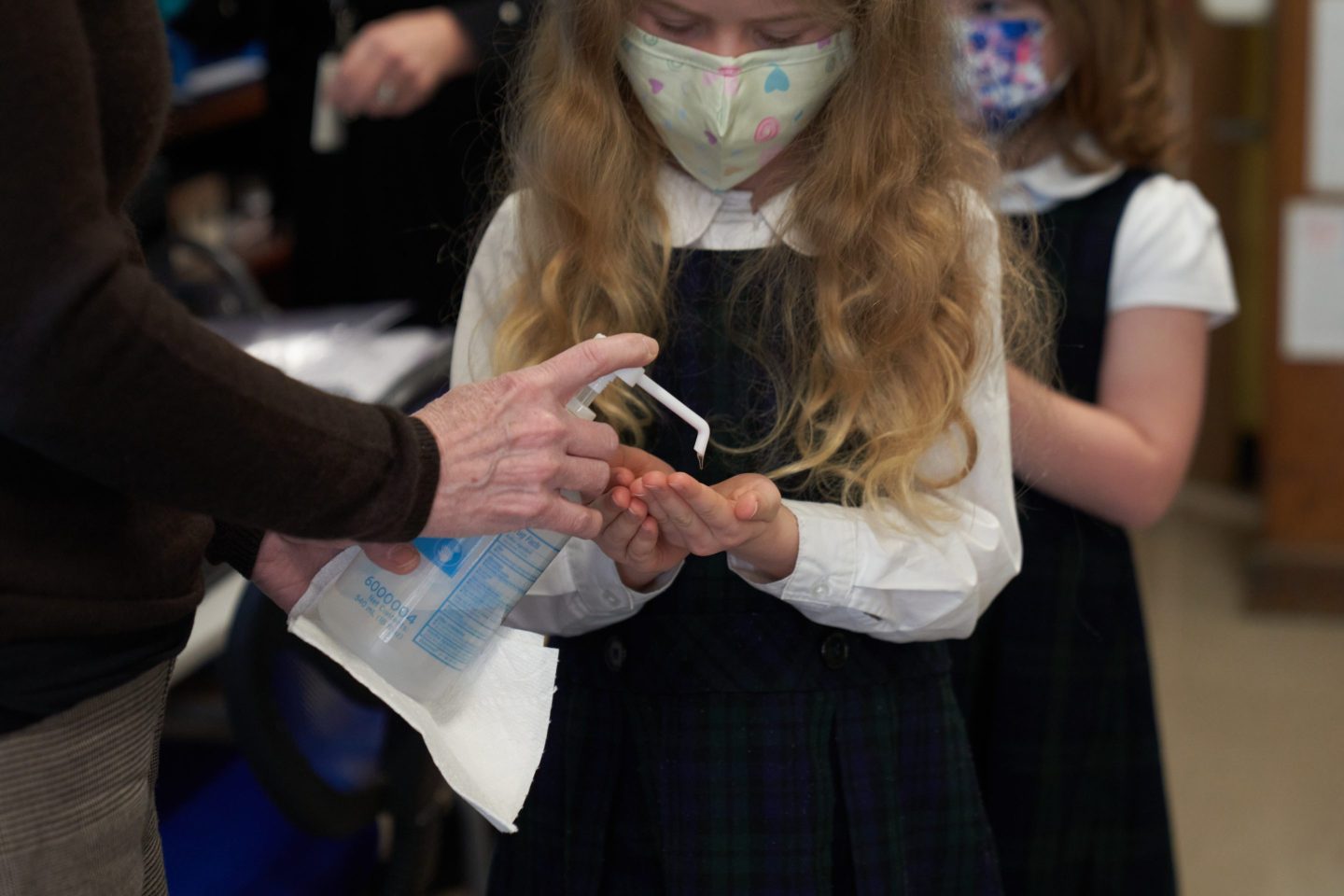 A student sanitizes their hands after taking a Covid-19 test during pool testing at an elementary school in Boston, Massachusetts on Jan. 13.
Allison Dinner—Bloomberg/Getty Images

There’s good news for humans in the ongoing struggle against COVID variants—“Bad Ned” is almost dead.

Bad Ned, as the Twitterverse christened Omicron subvariant BA.5.3.1 this summer, was on the rise this spring until fizzling out over the summer everywhere except Australia.

Not much was known about Ned—whose name is derived from a mutation dubbed N:E136D. But researchers did worry about its potential to outcompete the globally dominant BA.5 Omicron subvariant, the most transmissible and immune-evasive variant—one that a famed researcher called the “worst version of the virus that we’ve seen.”

That scenario didn’t play out, which is good news for humanity. But although Bad Ned is mostly dead, there are two new COVID subvariants that experts say could pose problems this fall.

Trouble brewing in the Midwest?

Last week, a new subvariant called BA.4.6—dubbed Aeterna by health care experts on Twitter—compromised 5.1% of sequenced COVID infections in the U.S., up from 4.6% the week prior. It’s been steadily rising, albeit slowly, since late May, when it comprised one-tenth of 1% of infections, according to data released Tuesday from the U.S. Centers for Disease Control and Prevention.

The variant is more prevalent in certain areas of the country, like the Midwest. Last week it comprised nearly 13% of cases in Nebraska, Kansas, Iowa, and Missouri, putting it in the number two spot behind BA.5, which comprised more than 80% of cases in that region and nearly 89% of cases nationally.

But as with Bad Ned, next to nothing is known about Aeterna except for its potential to outcompete BA.5. The rising subvariant’s ability to push back on the dominant global subvariant demonstrates that greater transmissibility is likely, Dr. John Swartzberg, a professor at the Division of Infectious Diseases and Vaccinology at the University of California Berkeley’s School of Public Health, told Fortune.

With the exceptions of BA.5 and Aeterna, all other variants are declining in the U.S., Swartzberg pointed out—including BA.4, a close relative of BA.5 that was expected to be more competitive. That subvariant comprised only 5.3% of U.S. infections last week, and peaked in mid-July around 13%.

Another potential threat: Omicron subvariant BA.2.7.5—dubbed Centaurus on Twitter this summer by experts. Both it and BA.4.6 could pose problems this fall, Dr. Bruce Y. Lee, a professor of health policy and management at the City University of New York School of Public Health, told Fortune.

The number of cases of Centaurus in the U.S. is so small that the CDC doesn’t report it. But the subvariant comprises nearly 40% of cases in India, where it has outcompeted BA.5 and is second only to “stealth Omicron” BA.2, according to Our World in Data, a nonprofit international data repository affiliated with the University of Oxford in the United Kingdom.

Centaurus has also shown an ability to compete with Aeterna in Australia, where the two are hovering around 2% of cases, experts pointed out this week, citing data from GISAID, an international research organization that tracks changes in COVID and the flu virus. The same scenario could play out in the U.S.—only time will tell.

The waxing and waning of subvariants is a cycle that’s certain to repeat until vaccine technology catches up, Lee said, though the players frequently change.

“You know as a fact you’re going to have continued variants emerge—that’s what this virus does,” Lee said. “It makes a lot of mistakes when it reproduces genetic material. That’s why it was at risk of creating a pandemic in the first place.”