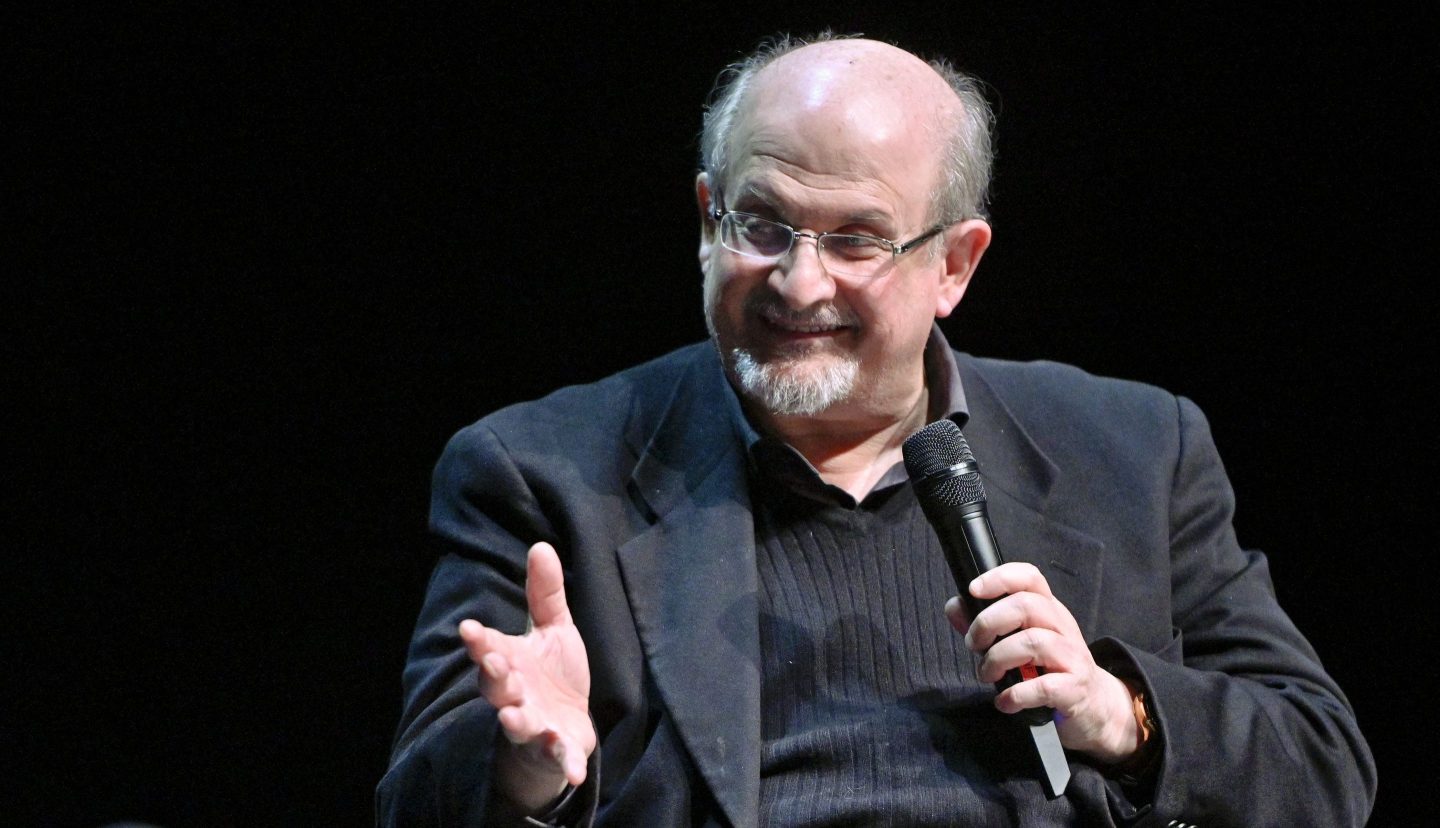 Sales of “The Satanic Verses” by Salman Rushdie have spiked since he was attacked in New York.
Herbert Neubauer—APA/AFP/Getty Images

Three days after Salman Rushdie was stabbed 10 times by an attacker as the author prepared to speak in western New York, his most famous work is seeing a resurgence in sales.

The Satanic Verses, the book that led Iran’s Ayatollah Khomeini to issue a fatwa against the author, currently sits atop the Contemporary Literature and Fiction and Humor and Satire categories on Amazon. It’s currently the 26th most popular book on all of Amazon.

The 75-year-old Rushdie was about to take the stage Friday for a lecture when a man rushed him and stabbed the Indian-born author 10 times. His literary agent Andrew Wylie says Rushdie suffered nerve damage and faces the prospect of losing an eye. The author was reportedly conscious and articulate days after the attack. He has been taken off a ventilator but remains in critical condition.

The Satanic Verses was published in 1989. Elements of the book fictionalize the life of the Prophet Muhammad, which offended some Muslims, who considered it to be blasphemous. Khomeini’s fatwa called on Muslims to kill Rushdie.

Rushdie went into hiding for years and then traveled with extensive security. In recent years, though, he has lived a more open life.

The spike of interest in Rushdie has expanded beyond The Satanic Verses. Other works, including Midnight’s Children and Joseph Anton: A Memoir, are also ranking highly on Amazon’s charts as people seek out his work.