A tiny Pacific island nation shut COVID out for two years. It recorded 3,000 cases in the past week 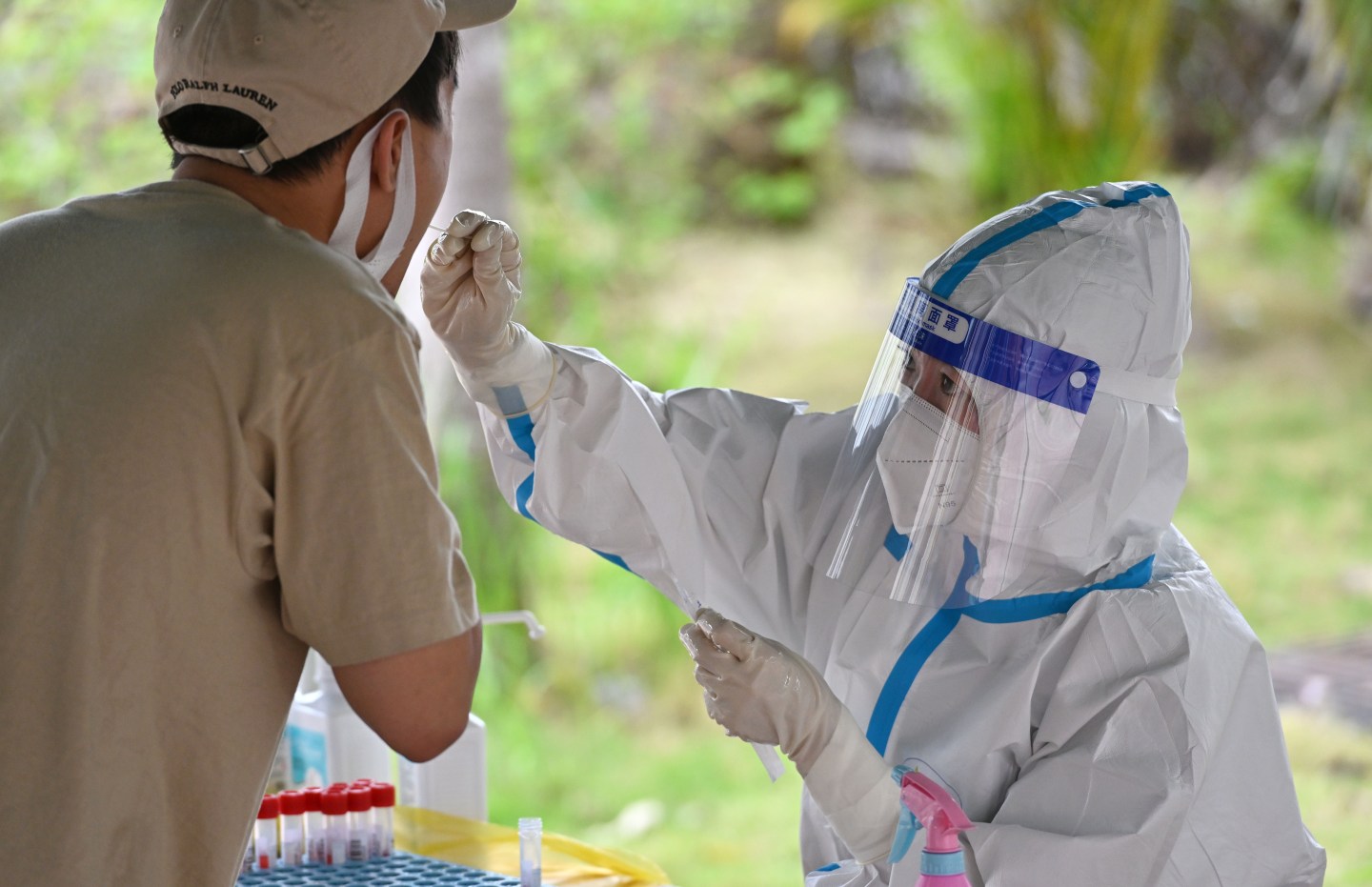 The Marshall Islands is grappling with its biggest COVID surge yet.
Guo Cheng—Xinhua/Getty Images

One of the world’s most secure bastions against COVID-19 infections over the past two years is starting to see cracks in its walls.

The Marshall Islands, a Pacific island nation with a population of around 60,000 spread out among 1,225 islands and islets, was able to use its relative isolation to spare itself from the worst of the pandemic.

But the small country is now grappling with its worst COVID-19 outbreak on record and struggling to rein in infections.

Between January 2020 and last Friday, 681 COVID-19 cases and two deaths in the Marshall Islands were reported to the World Health Organization, but a recent surge in newly confirmed infections has sent that number soaring.

During a press conference on Monday, health officials announced that nearly 4,000 people had tested positive on the islands during the pandemic, with thousands contracting the virus in the past week.

The Marshallese government announced the country’s first instance of local community infection a week ago on Aug. 8, when six cases were identified in Majuro, the island nation’s capital city and home to more than half the country’s population.

The same Omicron subvariant has also been dominating COVID-19 infections in the U.S. for weeks owing to its high rate of transmissibility and strong ability to evade preexisting immunity.

The current outbreak is the first in the country’s pandemic history. The Marshall Islands imposed strict border controls on March 8 of 2020, prohibiting all international arrivals via land and sea, including from Marshallese citizens abroad. Cargo arrivals to the country were also tightened and closely monitored throughout the pandemic.

The Marshall Islands reported its first COVID-19 case in October 2020—one of the last countries in the world to do so—as two cases were found to have been imported from the U.S.

Since then, every COVID-19 case detected on the Marshall Islands has been imported, with no evidence of community transmission before the current outbreak.

The strict system had been expected to be lifted on Oct. 1 of this year, although the recent outbreak may accelerate that timeline, with Marshallese health officials now cautioning that a COVID-zero approach may no longer be feasible.

“As a country we have moved from prevention to mitigation because we are now fighting this disease,” Marshall Islands Secretary of Health and Human Services Jack Niedenthal wrote in a Facebook post on Sunday.

“The days of quarantine upon arrival are now over,” he added.