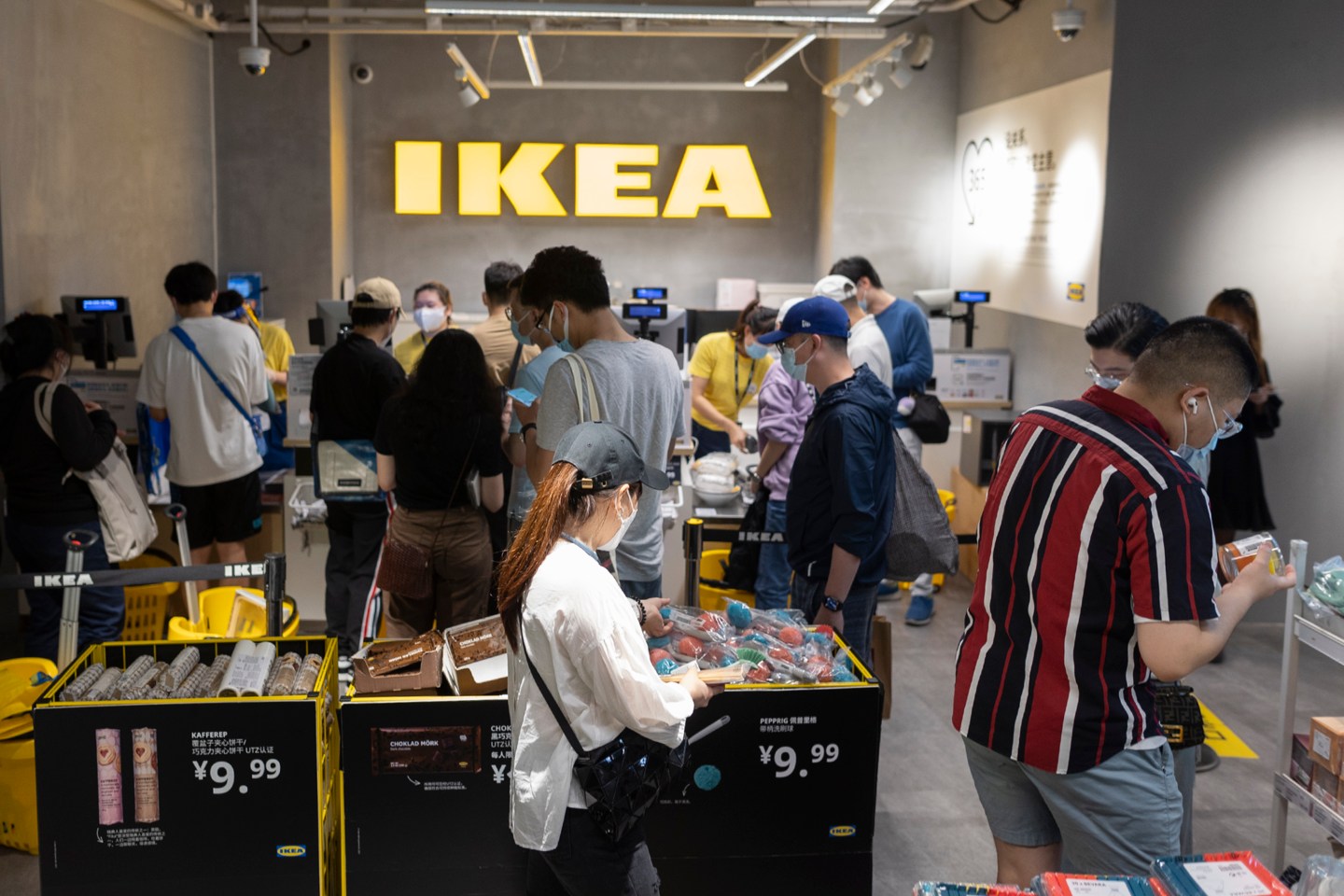 Shoppers at an Ikea store in Shanghai on June 3, 2022.
Hugo Hu/Getty Images

Chaos arose in a Shanghai Ikea over the weekend, when shoppers were locked in the building after health officials learned someone who had been in contact with a COVID patient had visited the store.

People in the store in the city’s Xuhui district were seen screaming and attempting to flee on Saturday as news of the sudden unexpected quarantine reached shoppers, with footage showing crowds trying to force their way out of the doors before they were locked.

Bloomberg reported on Monday that Shanghai health officials said they had put “temporary control measures” in place at the store after they were made aware that a close contact of a 6-year-old child with an asymptomatic COVID infection had been in the store.

Authorities declined to say when the contact had visited the Ikea store, according to Bloomberg.

A spokesperson for Ikea’s Chinese operations told Fortune on Monday that the store remained closed but would soon be reopening.

“In response to the epidemic prevention guidelines from the authorities, Ikea Shanghai Xuhui was temporarily closed on August 14 and 15 and will reopen on August 16,” they said. “We apologize for any inconvenience this may have caused.”

Zhao Dandan, deputy director of the Shanghai Health Commission, said at a press briefing on Sunday that anyone who had been in the store would be required to quarantine for two days before completing five days of health monitoring.

Health authorities were also investigating the store itself, he added.

“If there is no abnormality in the investigation, the store will resume normal business operations,” he said.

Shanghai recently emerged from a strict two-month lockdown that saw millions of people confined to their homes.

China’s continued pursuit of its zero-COVID strategy—which aims for complete elimination of the virus from the country—has led to snap lockdowns that have seen whole cities and neighborhoods closed down with little notice.

The policy has faced widespread criticism both for its economic impact and its unfeasibility.

Back in May, WHO Director-General Tedros Adhanom Ghebreyesus said that as the virus continued to evolve to become more transmissible, China’s zero-COVID policy was not a viable long-term solution.

“When we talk about the zero-COVID strategy, we don’t think it’s sustainable considering the behavior of the virus now and what we anticipate in the future,” he said at the time.

To date, China—a country with a population of more than 1.4 billion—has recorded fewer than 1 million cases of COVID-19, according to Our World in Data.

Cases peaked in April this year, the organization’s data shows, when around 20 people per million were infected with the virus.