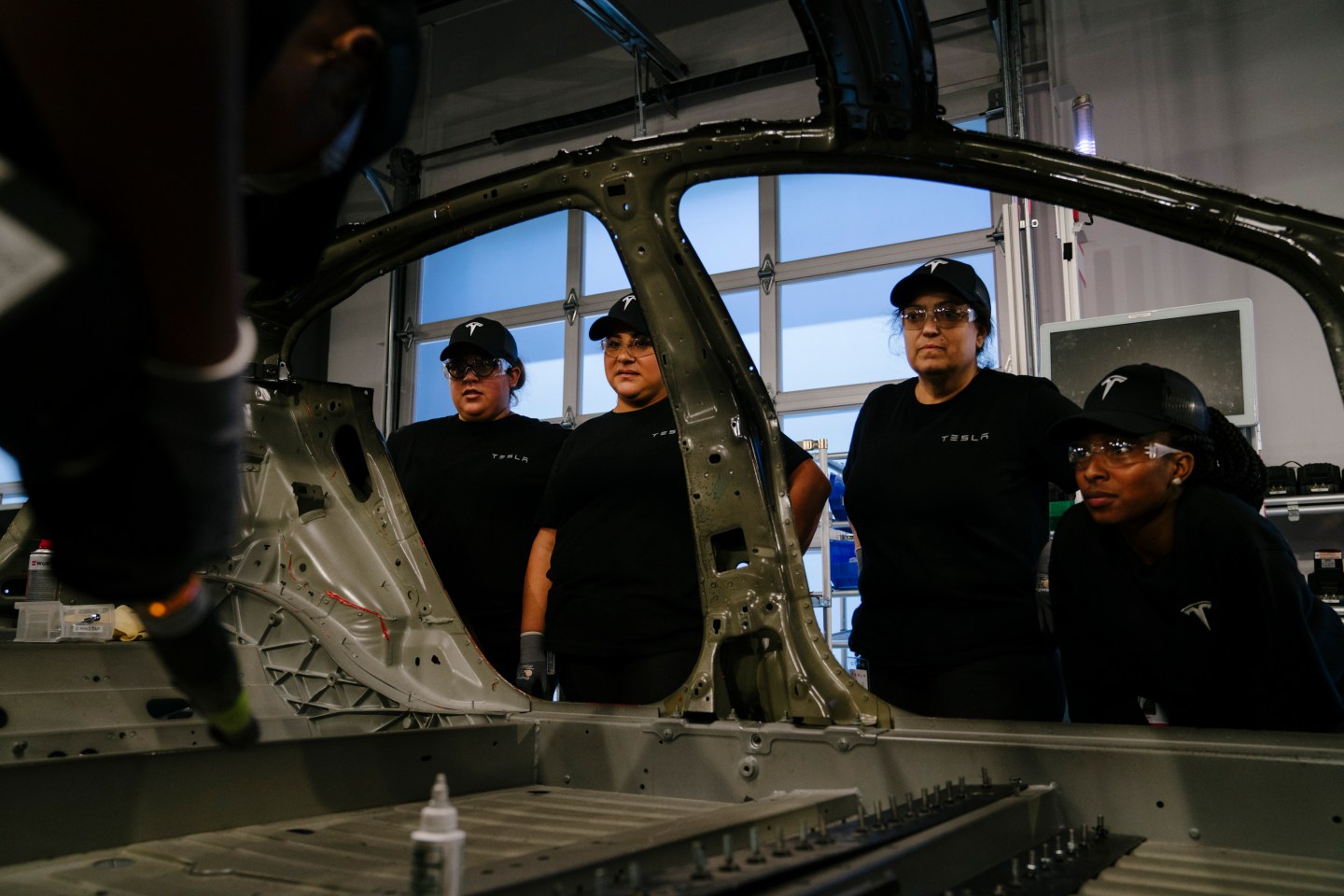 Shareholder pressure has unquestionably made climate change, social justice, and other topics boardroom issues. Proposals from this proxy season suggest the same could soon be true of workers’ right to organize.

Take Tesla‘s annual general meeting held last week. The biggest news to emerge from it was that shareholders had approved a 3-for-1 split of the company’s common stock. But for the board, there was much more to unpack.

This year, activist shareholders submitted several proposals targeting Tesla’s environmental and social obligations, including a few that aim to support workers’ rights. Although the proposals didn’t win enough votes to be passed, they did attract support from influential investors and proxy advisers who have historically focused more narrowly on a company’s financials.

Here’s a sample of what has happened at Tesla and elsewhere:

So what’s behind these actions?

Until recently, “there wasn’t much of a history of shareholder proposals that directly engage the question of things like union rights,” Kevin Thomas, CEO of SHARE, tells Fortune. That’s because investors used to think that the CEO and the executive suite were the only employees that boards needed to pay attention to, he adds. “That’s changed. Now, I think it’s commonly held that boards that don’t pay attention to the workforce as a whole just aren’t doing their job,” says Thomas. As with many issues, he says, the pandemic accelerated the growing awareness of boards’ responsibility to maintain fair workplaces and an understanding that shareholder value “depends on workers creating that value in the first place.”

Proxy advisers, he believes, also see that workers’ experiences are not divorced from financial risks. “Purely from a shareholder value perspective,” he argues, “decent work practices lead to lower risk for health and safety issues, stronger productivity, and lower turnover.” Unionization can also improve diversity and equity, he adds, and a company’s protocols for handling discrimination and harassment.

Microsoft’s June statement that it would respect and work with employees who were unionizing at Activision Blizzard, a video game maker the tech giant is acquiring, set the standard for other companies to follow, and boards should take note, Thomas says. “If you’re a good manager, you’re not afraid of unions,” he says. “You work with them to make a better workplace. It’s quite simple.”

“I think Apple is doing the right thing with a lot of the environmental work, but ultimately their scorecard is ‘How many products did you sell?’”

👓 Read: A recent Twitter thread tracing the notion that “no one wants to work anymore” back to 1894 went viral. Bloomberg interviewed the history professor behind the tweet about why this misconception keeps resurfacing.

📻Listen: “Red Flags You Won’t See on a CEO’s Resume” is a must-listen episode of HBR’s IdeaCast. Aiyesha Dey, an associate professor at Harvard Business School, explains her research linking materialism (fancy houses, flashy cars) and rule-breaking in a CEO’s personal life with potentially illegal trading activity and risky gambles on the job.

📖Bookmark: The corporate governance issues that dog cannabis companies, according to cannabis lawyers, are likely the same problems that foil other fast-growing startups in more run-of-the-mill industries.

Board diversity drops when companies underperform

HeeJung Jung, an assistant professor at Imperial College Business School in London, says she has empathy for board directors, the "very human" decision-makers atop corporate America's highest echelon. When under pressure, they make a predictable and universal mistake: They look for safety in familiarity.

Boards quickly spring into action when a company’s performance is slipping, says Jung. But who do U.S. corporate directors—who are still predominantly white and male—feel most comfortable with? “White males,” she says. As a result, the range of expertise in boardrooms improves, but diversity declines when companies experience a crisis.

Fortunately, boards can avoid this pitfall. Read Jung's suggestions for how to do that here.

Anitta will remain Nubank's brand ambassador, but she stepped down from its board.

Corporate board duties can't compete with Lollapalloza: Brazilian singer Anitta cited scheduling conflicts as the reason she’s stepping away from her directorship at Nubank, a financial startup backed by Berkshire Hathaway, after 14 months on the job. Anitta (whose off-stage name is Larissa de Macedo Machado) will remain a brand ambassador; Fedex has named two nominees to its corporate board ahead of its September AGM: Retired Navy Vice Admiral Nancy Norton, a cybersecurity expert, and Stephen Gorman, former CEO of Air Methods Corporation; Eric Butler, former chief administrative officer at Union Pacific Corporation, was elected to the board of Eastman Chemical Company; The workplace online learning company OpenSesame named veteran CHRO Tamar Elkeles and former Deloitte executive Emily Rollins to its board of directors; The board at home fitness firm Nautilus elected Anne Saunders, a current director, as its chair. Saunders, a former retail industry leader who has served on the board for 10 years, will replace M. Carl Johnson, III, who has led the board since 2011 and is now retiring.

- Kewsong Lee, who abruptly left his post as CEO at Carlyle Group earlier this week, reportedly never heard back from the company’s board after he proposed a performance-tied pay package for his renewed contract.

- Are you an adventurer? A thinker? A learner? A decision sciences expert has identified five types of problem-solving profiles.

The “boy bosses” of Silicon Valley have had enough, writes the New York Times's Erin Griffith, in a feature story about departures at Instacart, Pinterest, and Airbnb. “It’s surely less fun being a CEO when markets are down, the economy is trending negative and regulation is increasing,” says Kevin Werbach, a professor of business at the Wharton School of the University of Pennsylvania.

“The young kings of Silicon Valley are dismounting their unicorns.

Keep reading here, and have a blissful weekend.