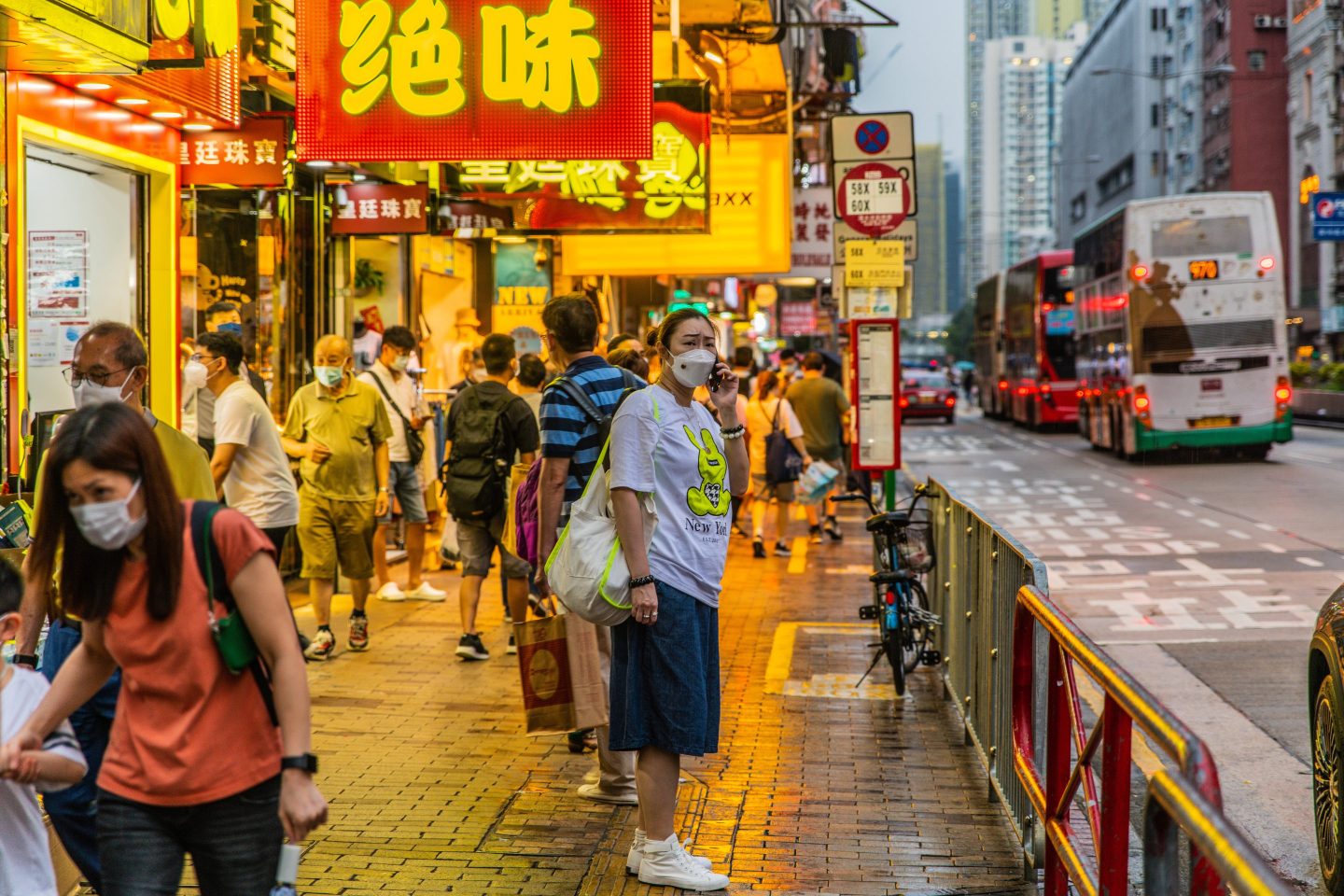 China’s zero-COVID policy, which aims to prevent the virus’ spread through intensive testing and lockdowns, is among the world’s strictest. Now those restrictions are having a serious impact on the population of Hong Kong, where policies similar to those on the mainland are in effect.

As of mid-2022, the population of Hong Kong was about 7,291,600, according to new government data released on Thursday: down 121,500 from last year, when the population was 7,413,100. That represents a 1.6% decrease, likely the largest since World War II—bigger even than the decline recorded during the first year of the pandemic, when the population shrank 1.2% amid even tighter restrictions.

Hong Kong government officials cite COVID as a likely reason for the decline. “Amidst the continued impact of COVID-19, stringent border control and quarantine measures have been in place in Hong Kong, the mainland, and other places around the world, resulting in severe interruption of cross-boundary travel,” said a spokesperson in Thursday’s release.

A natural decrease, with 61,600 deaths in the city surpassing 35,100 births, also contributed to the overall population decline. The majority of the decline, however, is attributable to the number of people leaving the city surpassing the number coming in. Last year, there was a net outflow of 95,000 people from Hong Kong, according to the release.

The population announcement comes as Hong Kong moves this week to adjust its COVID travel protocol. On Monday, the city announced plans to shorten the mandatory hotel quarantine for inbound travelers from a full week to three days.

At the same time, however, the government introduced a new COVID-related initiative: a health app like the one currently used on mainland China that tracks potential positive cases and aims to curb the movement of those at high risk of contracting the virus.

It’s possible that those restrictions will continue to deter newcomers from settling in the city, though there’s evidence that movement in has started to recover. The number of one-way permit holders, citizens from mainland China allowed to migrate to the city, numbered 18,300 in the last year. That represents a significant increase from 13,900 the previous year.

The number, however, is still far below pre-pandemic levels. In the year prior to the pandemic, 44,400 one-way permit holders came to Hong Kong, according to the release.

The city’s efforts to maintain a COVID-zero policy have also had a widespread impact on business in the city. “It is believed that the pandemic and the related quarantine requirements would have impacted talent inflow, especially those on short-term employment visas/entry permits,” the spokesperson said. “This problem could be resolved when the quarantine and social distancing measures [are] relaxed.”

An exact breakdown of population data is not possible since Hong Kong residents do not need to declare to the government their reason for travel when leaving the city. “Being an international city, Hong Kong’s population has always been mobile,” the spokesperson said.