Immunity to COVID in Britain is waning as winter looms, testing expert warns, and there’s no plan for a wide-scale booster program in sight 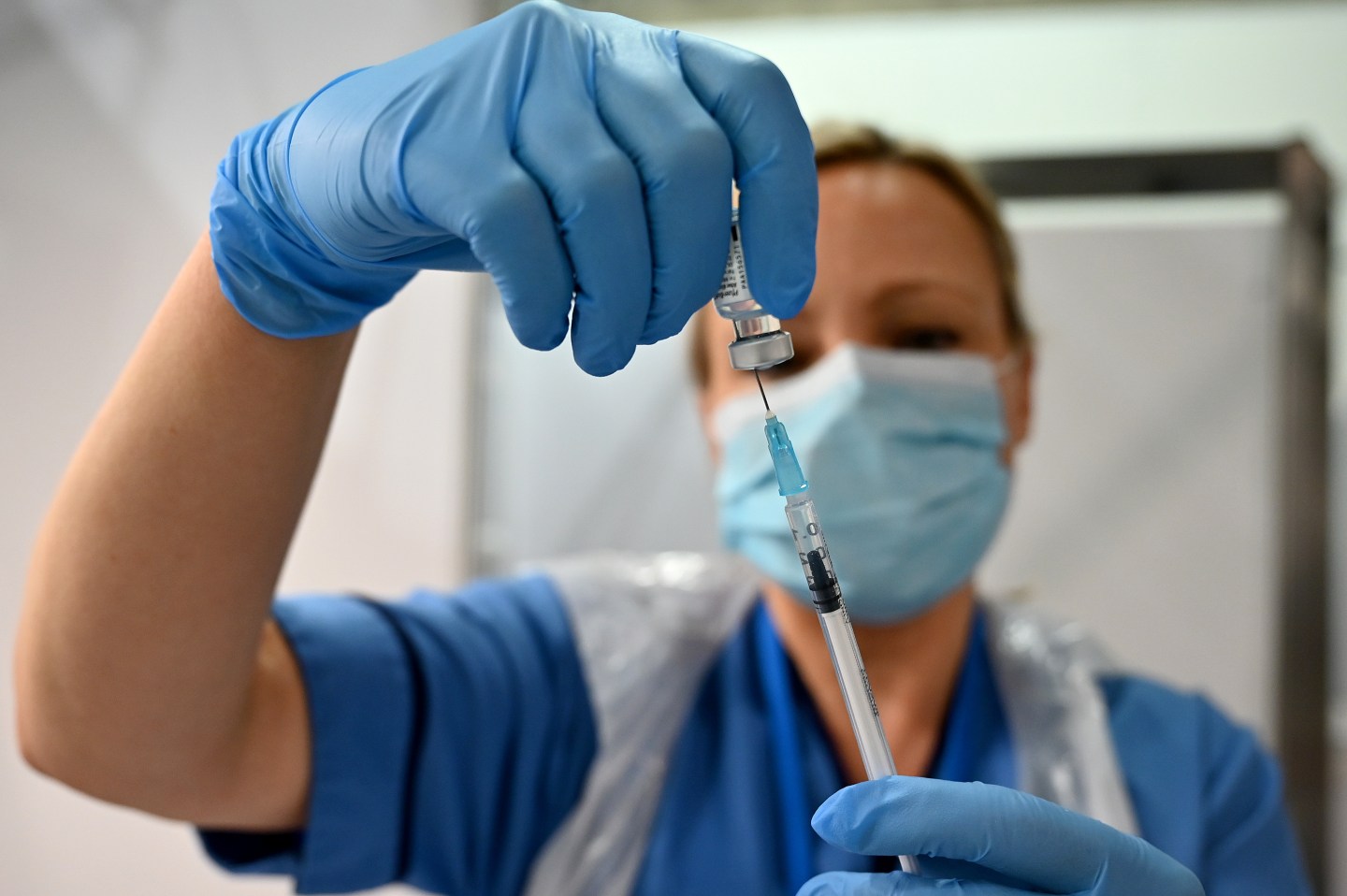 The U.K. findings come after America’s top doctor, Anthony Fauci, warned anyone who isn’t up to date with their COVID vaccinations is soon “going to get into trouble.”
Jeff J Mitchell—Pool/Getty Images

Rates of high antibody protection are declining in the U.K., prompting warnings that the population will have insufficient immunity levels as it heads into the “dangerous” winter months.

Published Wednesday, new figures from Britain’s Office for National Statistics (ONS) revealed that the number of people with a high level of antibodies against the virus was rapidly dwindling.

Anything above 800 nanograms (ng) of antibodies per milliliter of blood is considered a high level, according to the ONS.

The organization’s latest data revealed that 71.7% of the English population had this high level of antibodies between July 11 and July 17—marking a 1.4% decline from a week earlier.

The data included samples from 10,234 people over the age of 16 living in England.

The picture was similar across Britain, with high antibody rates also declining in Scotland, Wales, and Northern Ireland.

The ONS research dates back to December 2020, when it found that just 0.7% of English adults had high antibody levels.

High antibody levels peaked in March this year, according to the data, when 82% of England’s population had high antibody protection.

Wednesday’s data marked a 12% decline from the March peak in high antibody levels across England.

The ONS noted on Wednesday that its methodology for the study changed in May. However, the trend in the data continued as before.

Meanwhile, the data showed that the U.K.’s baseline antibody level of at least 179 ng per ml of blood—which had been set at the height of the Delta wave of the pandemic—had held firm, with the proportion of the population with this level of antibodies remaining unchanged from a week earlier and showing little change from mid-March.

The U.K. was the first country in the world to administer doses of coronavirus vaccines outside of clinical trials in December 2020, and the peak in high antibody levels seen in March came after the country’s booster program was rolled out to all adults.

People over the age of 75 and those with weakened immune systems became eligible for a second booster dose in the spring of this year.

While there are plans for an autumn booster program for certain individuals in Britain, including the over-fifties, frontline health care workers, and the immunosuppressed, no plans have been announced to extend the additional booster doses to the wider population.

A spokesperson for the U.K. government was not immediately available for comment when contacted by Fortune.

Dr. Quinton Fivelman, lead testing expert and chief scientific officer at London Medical Laboratory, said in a press release on Thursday that populations needed to retain a substantial number of antibodies as they entered “the dangerous winter months.”

“This dramatic 12.7% decrease in the number of people in England with a significant number of antibodies to COVID is obviously concerning,” he said.

Fivelman added that less than 70% of people in Britain were now likely to have high levels of antibody protection against COVID-19.

“The simple truth is that, if this rate of decline continues to accelerate and the first U.K. adults don’t start receiving their boosters until October, only 60% of the population will retain substantial antibodies by the time they are jabbed,” he warned.

Fivelman told Fortune that London Medical Laboratory’s research indicated vaccine-derived immunity waned substantially once three months had passed since vaccination. This was true regardless of which vaccine an individual received, he added.

“One developing concern is that the new Omicron BA.4 and BA.5 subvariants do not produce as high an immune response as the previous strains, so reinfection is more likely to occur,” he said. “Higher levels of antibodies are important to neutralize the virus, stopping infection and limiting people transmitting the virus to others.”

Fivelman’s comments echo a warning from America’s top doctor Anthony Fauci last week that anyone who was not up to date with their COVID vaccinations heading into the fall and winter months was “going to get into trouble.”