Omicron’s BA.2.75 ‘Centaurus’ subvariant is beating out BA.5 in India—and scientists say it ‘may prevail’ elsewhere 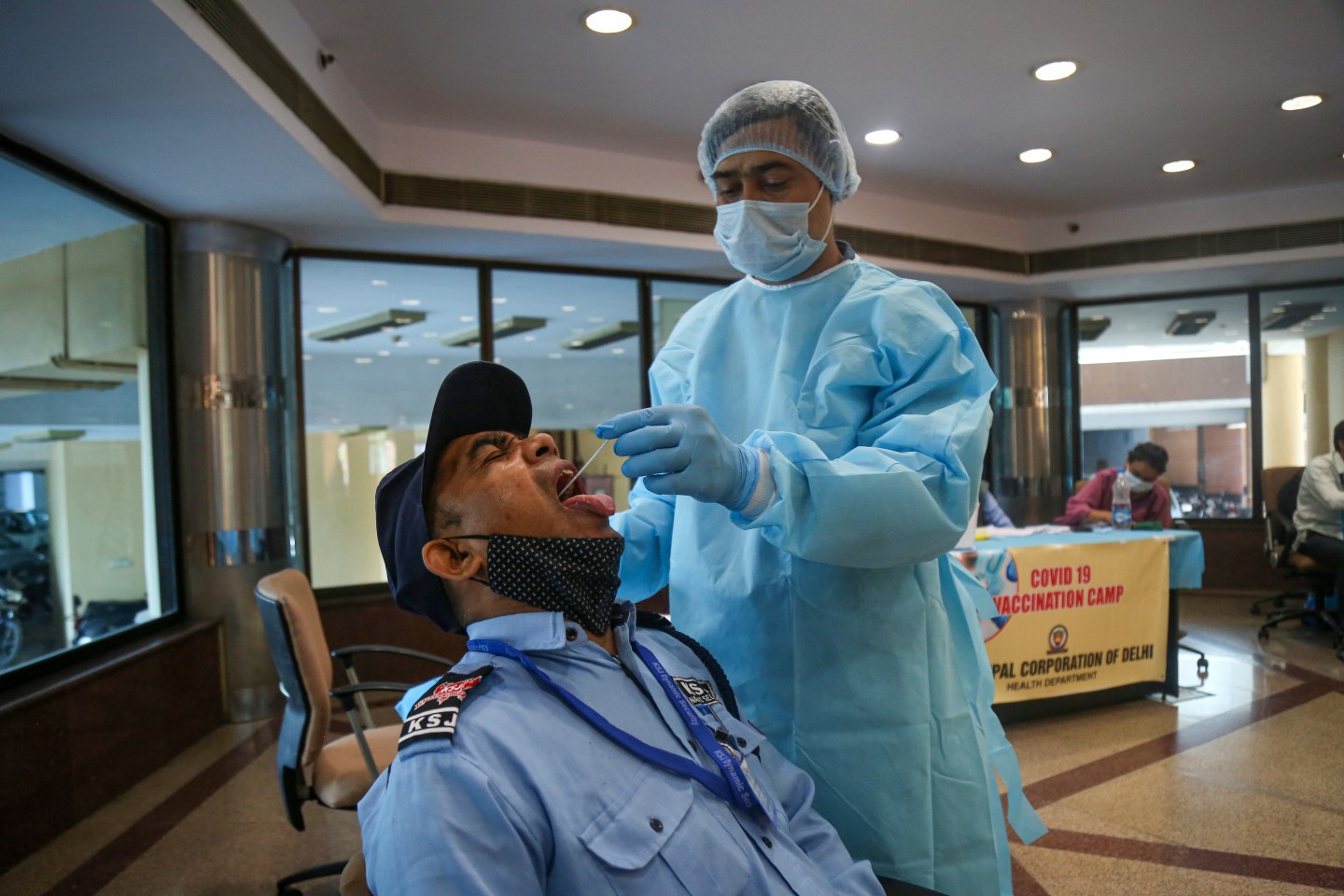 A health worker collects a swab sample for a COVID-19 test, at Civic Centre, on June 15, 2022, in New Delhi.
Sanchit Khanna—Hindustan Times/Getty Images

The only Omicron subvariant with its own name may become the next globally dominant strain of COVID-19.

The so-called Centaurus strain, scientifically known as BA.2.75, has quickly become India’s dominant strain of COVID-19 in recent weeks and now accounts for roughly two-thirds of the country’s new cases, according to Shahid Jameel, a virologist at the University of Oxford. A Twitter user named Xabier Ostale gave BA.2.75 the unofficial name Centaurus in July, saying he named the strain after the galaxy, and it has taken off among some experts and media outlets.

This week, Chinese researchers released a new preprint study on the strain suggesting that Centaurus “may prevail” as the globally dominant strain of COVID-19 following the current BA.4 and BA.5 waves. Centaurus’s “growth advantage over BA.5 in India has become clearer” since the researchers looked at data nearly one month ago, one of the study’s authors, Yunlong Richard Cao, an assistant professor of biochemistry and immunology at Peking University, wrote on Twitter.

Centaurus does not appear to be driving a surge in hospitalizations or deaths in India. The country has reported 49 COVID-related deaths per day in the past week, the same daily rate as two weeks ago, according to the New York Times.

The Chinese researchers wrote it “remains unclear” why the strain appeared more infectious in India than other strains. But they suggested a key mutation related to the virus’s ability to bind to human cells may explain why Centaurus has displaced other subvariants in the country. India suffered a deadly wave of Delta infections in the summer of 2021, and Cao believes that because BA.5 shares a specific mutation with Delta, people in India may be better protected against BA.5 than people elsewhere, giving Centaurus room to flourish.

Centaurus also does not appear to be taking off in other countries.

In the U.S., BA.5 cases make up 87.1% of all COVID infections, while other Omicron sub-strains, BA.4 and BA.4.6, account for the second and third most cases at 6.6% and 4.8%, respectively, according to recently published data from the U.S. Centers for Disease Control. BA.2.75, meanwhile, has not registered enough cases to be officially listed in U.S. data.

Tom Wenseleers, an evolutionary biologist at Catholic University of Leuven, in Belgium, told Nature his research unearthed early evidence that Centaurus cases are ticking up in Australia, the U.K., the U.S., and Canada, which makes it possible that the strain could eventually displace BA.5.

Other experts are not too concerned about Centaurus’s rise.

Jameel says Centaurus does not pose a big reinfection risk to people who caught BA.5. “I think people who have had BA.5 will not have breakthrough infections with BA.2.75, and vice versa,” he told Nature.

“I would put my money on BA.2.75 fizzling out without a major wave of infections,” Ben Krishna, a postdoctoral researcher in virology at University of Cambridge, recently wrote for the GAVI vaccine alliance. “Thanks to vaccination, if we did face a BA.2.75 wave, we wouldn’t expect the level of deaths and hospitalizations seen earlier in the pandemic.”