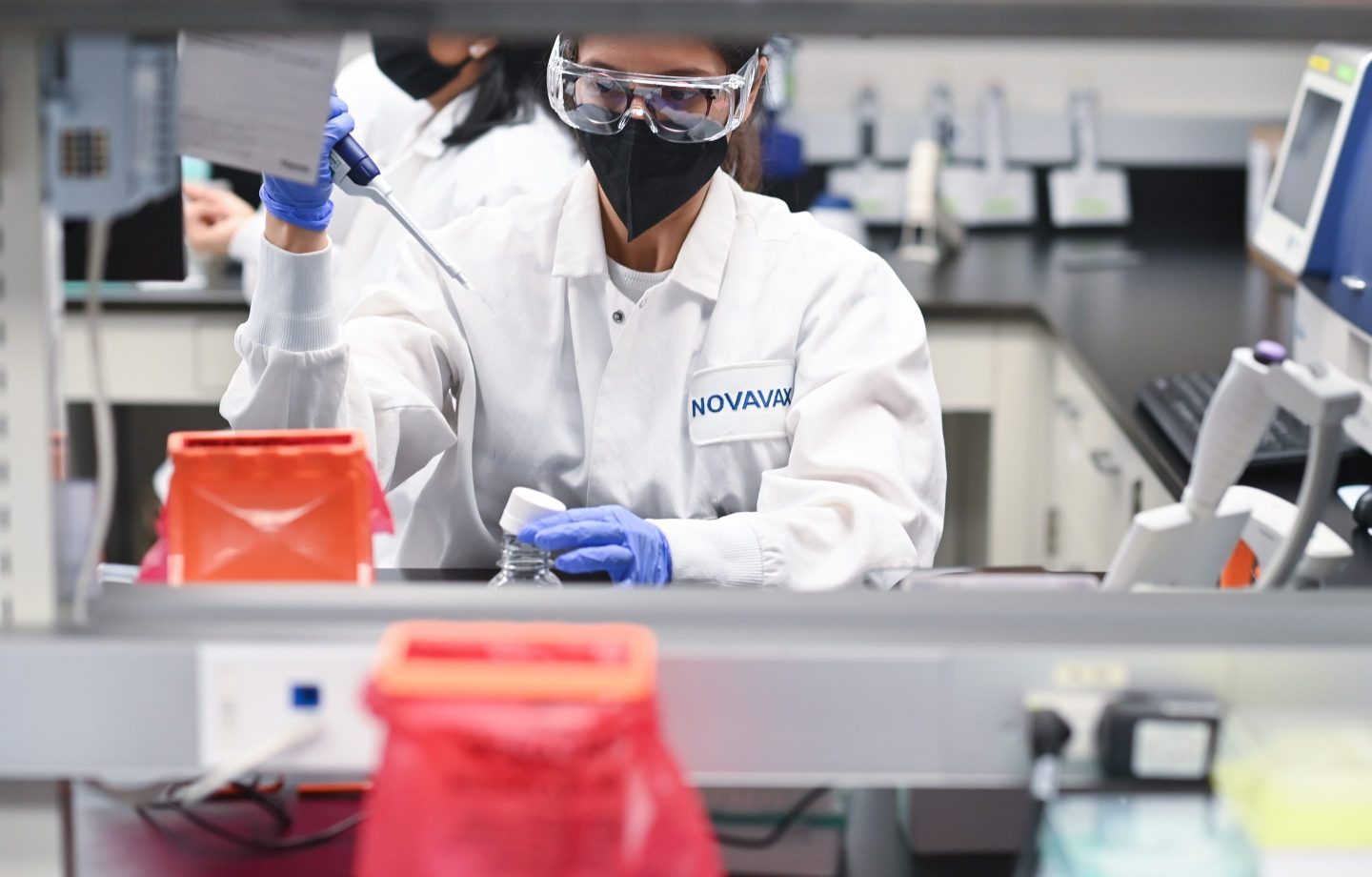 After so much hype, it turns out vaccine manufacturer Novavax’s long-awaited COVID jab hit the market far too late.

In its second-quarter earnings on Monday, Novavax announced sales of just $186 million for the quarter, far below analyst expectations of $1.02 billion, according to FactSet. The Maryland-based company also halved its revenue forecast and now expects sales for 2022 to fall between $2 billion and $2.3 billion, instead of the $4 billion to $5 billion it predicted earlier this year. The company lost $510 million this quarter, compared with a loss of $352 million this time a year ago. Shares in the vaccine manufacturer crashed over 30% in after-hours trading.

Novavax CEO Stanley Erck blamed the company’s poor sales on a current glut of vaccine doses, leading governments to delay or suspend orders. Even COVAX, the international initiative to bring COVID vaccines to developing countries, has more vaccines than it needs right now. Erck told the Wall Street Journal that COVAX had walked away from an order of 350 million Novavax doses because of an oversupply from other manufacturers.

That surplus is a disappointment to Novavax, which was much slower in bringing its vaccine to market than competitors Pfizer, Moderna, and Johnson & Johnson.

In July 2020, Novavax received $1.6 billion from the U.S. government as part of Operation Warp Speed, the Trump administration’s initiative to fund COVID vaccine development. In exchange, Novavax promised to produce 100 million doses of a COVID vaccine. At the time, Novavax had yet to bring a product to market, unlike other Warp Speed recipients like Johnson & Johnson.

Novavax ultimately developed a two-dose COVID vaccine and secured Food and Drug Administration approval, but it did so months after its rivals owing to manufacturing delays and regulatory hiccups. Indonesia was the first government to approve the Novavax vaccine on Nov. 1, 2021, followed by India, the European Union, Japan, and Australia. The U.S. FDA finally approved the Novavax vaccine on July 19.

Despite its long path to market, Novavax expressed hope that there would still be demand for its vaccine. The company felt that its jab could act as a viable booster shot, building protection against new Omicron variants. (The FDA has yet to approve the Novavax shot as a booster; only unvaccinated Americans can get the Novavax shot as of now.)

Public health experts suggested that Novavax’s more traditional technology might convince some vaccine skeptics, wary of the mRNA technology used in Pfizer’s and Moderna’s shots, to finally get vaccinated. Novavax had even developed a cultlike following of vaccine holdouts waiting to get its shot.

None of the predictions have panned out for Novavax. “I believe we were late to the market, and U.S. vaccination was driven by what was available and shown to work: mRNA vaccines,” said Erck.

Novavax is not the only manufacturer hit by the vaccine oversupply. Moderna said earlier this month that lower demand from COVAX dragged down its second-quarter profits. In April, Johnson & Johnson pulled its guidance for COVID-vaccine sales, blaming vaccine hesitancy in developing countries.

The vaccine oversupply is a sharp change from the situation a year ago, when public health officials complained about a shortage of vaccine doses, criticizing richer countries for hoarding vaccines for booster campaigns rather than sharing excess doses with poorer nations.

COVAX says that it has enough doses to vaccinate 70% of the world’s population—the target set by the World Health Organization—and that the problem is now distribution, rather than supply.

As of Aug. 9, 64% of the world has received at least two doses of a vaccine. A majority of the world’s unvaccinated population lives in sub-Saharan Africa and South Asia.