Corporate boards aren’t ready for this shift in executive pay 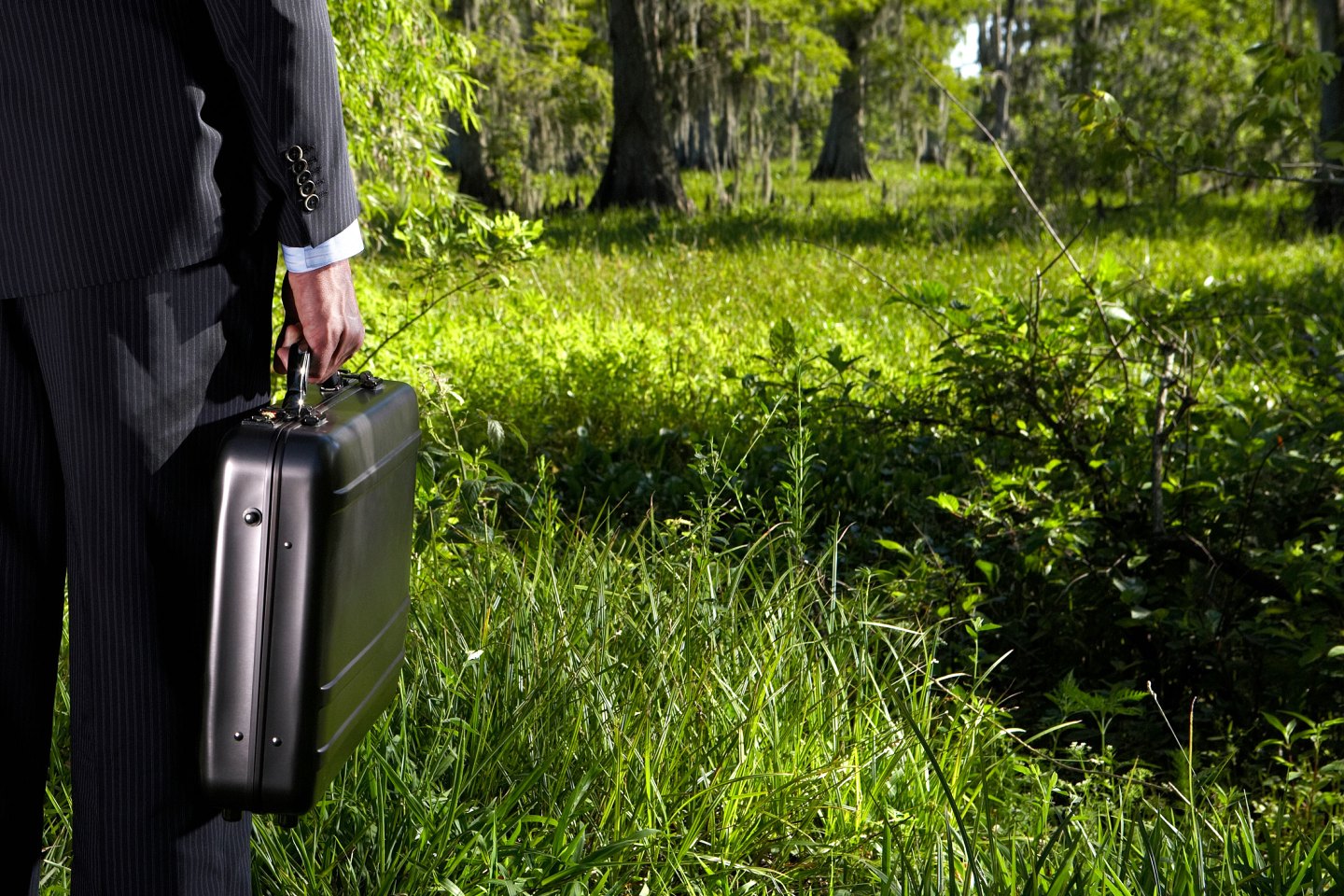 How do you push corporate leaders to meaningfully connect their business decisions to the deadly flooding we saw in Kentucky this week or the heat waves that are disproportionately harming lower-income regions?

One fast-emerging, if imperfect, solution is to link sustainability and social metrics to executive pay, a practice that’s become far more common in Europe than anywhere else, according to a new survey by Corporate Secretary. Some 60% of respondents in Europe say their board ties ESG goals to executive pay, compared to only 37% of their North American counterparts.

(In 2021, the investor advisory firm Glass Lewis found that one-quarter of U.S. companies linked ESG metrics to executive pay. At S&P 500 companies, that figure jumped to 57%.)

While boards across the pond outpace the U.S. when it comes to tying executive pay to ESG targets, governance experts tell Fortune they expect U.S. boards to soon catch up to Europe. Look for that shift within the next two years, says Todd Sirras, managing director at Semler Brossy, an executive pay consulting firm.

Sirras led a team that tracked changes in say-on-pay votes during the 2022 proxy season. It found that institutional investor support for executive pay packages is slipping: companies used to see 90% approval ratings for say-on-pay votes, but that average has dropped to 87% for S&P 500 companies. (In the say-on-pay world that difference is huge, he explains.)

The growing displeasure with executive pay is mostly connected to underperformance or insufficient disclosures about one-off rewards. However, ESG concerns from shareholders have started to move the say-on-pay needle. Large, high-profile companies, in particular, that haven’t already linked ESG to executive compensation need to act quickly to avoid friction in the near future, Sirras says.

Moreover, boards must design pay schemes that incentivize action, not theater. A skeptic might argue that linking ESG metrics to compensation “just means [companies] are going to make up some B.S. measure and they’re always going to hit it, and no real change is happening,” Sirras says.

He’s not alone in his reservations about how the heightened ESG focus could play out. “One of my big fears about this sort of stampede toward including ESG targets in executive pay is that it’s likely just to lead to more pay and not more ESG,” Tom Gosling, an executive fellow at the Centre for Corporate Governance at London Business School, recently told GreenBiz.

John Martini, a partner at the law firm Holland and Knight, echoes similar concerns for U.S. boards embracing ESG-tied compensation plans. European boards are more narrowly focused on greenhouse gas emissions, he notes, whereas U.S. companies have several levers to pull to manipulate their ESG scores. In turn, executives might ignore their companies’ contribution to climate change because they’ve hit other social targets.

Still, tying pay to ESG is gaining traction with investors, even if many boards are in denial, he says. “What I find is the boards that are not doing it are entrenched: They think that ESG should not be a component [of pay] and they are very stuck on this position.” For what it’s worth, even the companies that are doing it aren’t deeply sold on the idea.

In Martini’s work with U.S. multinationals, a recurring theme has emerged: “You have a lot of traditional comp committee members who have been on these boards for a long time. They have a lot of pride; they’re the architects of the compensation arrangement the company has been using and usually successfully,” he says. “It’s going to be hard to move them off of that.”

“So much of what it takes to get ahead in corporate America has felt like an exercise in trying to be more of what you are not: Be assertive, don’t be so direct, sit up straight, be more casual, don’t say ‘um’ or ‘like,’ fix your accent, wear bright colors, wear muted colors. Increasingly, we will evaluate opportunities for ascension based on who lets us be, well, us.”

—Journalist S. Mitra Kalita in an essay for Charter about the role corporate boards play in building inclusive companies. As Kalita notes, Monday, August 8 is the deadline for Nasdaq-listed companies to submit disclosures about diversity on their boards.

📻Listen: Corporate governance meets hot goss? "The Cutting Edge" is a new podcast from Columbia Law School that “explores current issues in white collar crime and corporate governance with a focus on those that involve significant ethical and professional issues.” The first episode asks why former President Donald Trump wasn’t criminally prosecuted in New York over his business practices.

📖Bookmark: When you’re ready to create your company’s ESG metrics, watch "The Social Impact Show." The two-part series is meant to guide business leaders who aren’t sure where to start, with guest expert Dave Stangis, chief sustainability officer at Apollo Global Management.

52%: Share of S&P 500 companies who say they conduct full board, committee and individual director evaluations, according to the same Conference Board report. That’s up from 37% four years ago.

25%: Share of ESG proposals that win a “yes” vote in shareholder meetings, according to data from the corporate governance software company Diligent.

6%: Percentage of companies who say they have one person who identifies as disabled on their corporate board, in a survey of 415 large companies by Disability:IN.

Discount retailer Dollar General appointed Ana Chadwick, chief financial officer at Pitney Bowes, the mailing and shipping company, to its board; Felix Carbullido resigned as a director at Abercrombie & Fitch to focus on his new role as president of the namesake brand at Williams Sonoma; Zip Recruiter named two new directors: Yvonne Hao, who joined last week, and Emily McEvilly, who starts in September. Hao is an advisor with Cove Hill Partners, a private equity firm, and McEvilly is the chief customer officer at the software company OneTrust. Brian Lee, cofounder and managing director of BAM Ventures, stepped down from his board post at Zip Recruiter; Directors at Harley Davidson, the iconic motorcycle company, welcomed new board member Rafeh Masood, chief customer officer at Bed Bath & Beyond; Amy Wilkinson, founder and CEO of entrepreneurship advisory company Ingenuity, became a director at the holdings company Innovate. Wilkinson is also a lecturer at Stanford Graduate Business School and author of The Creator’s Code: The Six Essential Skills of Extraordinary Entrepreneurs.

Feed the board. For better meetings, don’t skimp on catering. People really can become “hangry,” according to science. Researchers in the U.K., Austria, and Malaysia together tracked the moods and eating habits of 64 adults over three weeks. “Results indicated that greater levels of self-reported hunger were associated with greater feelings of anger and irritability, and with lower pleasure,” the authors wrote in the study published last month in Plos One. These findings held true even after the scientists accounted for traits like sex, age, size, eating habits and personality.

Michael Saylor, the bitcoin evangelist and founder of Microstrategy, unexpectedly stepped down as CEO  this week after the company announced a $918 million writedown on its Bitcoin holdings. Saylor said he will continue to focus on the company’s bitcoin strategy as executive chairman.

In a newly published feature, Fortune’s Shawn Tully brings Saylor and his history of financial gambles to life. Here’s a snippet:

“It was the early hours before MicroStrategy’s IPO in 1998, but founder Michael Saylor wasn’t assuaging big investors or running through projections, or even putting champagne on ice.

Ensconced in a $10,000-a-night three-story rooftop suite at Manhattan’s Palace Hotel, he found his attention captured by something else entirely: the suite’s private elevator. He was so enthralled by the opulent toy that, according to a press account at the time, the young founder spent the early morning hours obsessively riding it up and down.”

Hop on for the rest of this ride here, and have a great weekend.