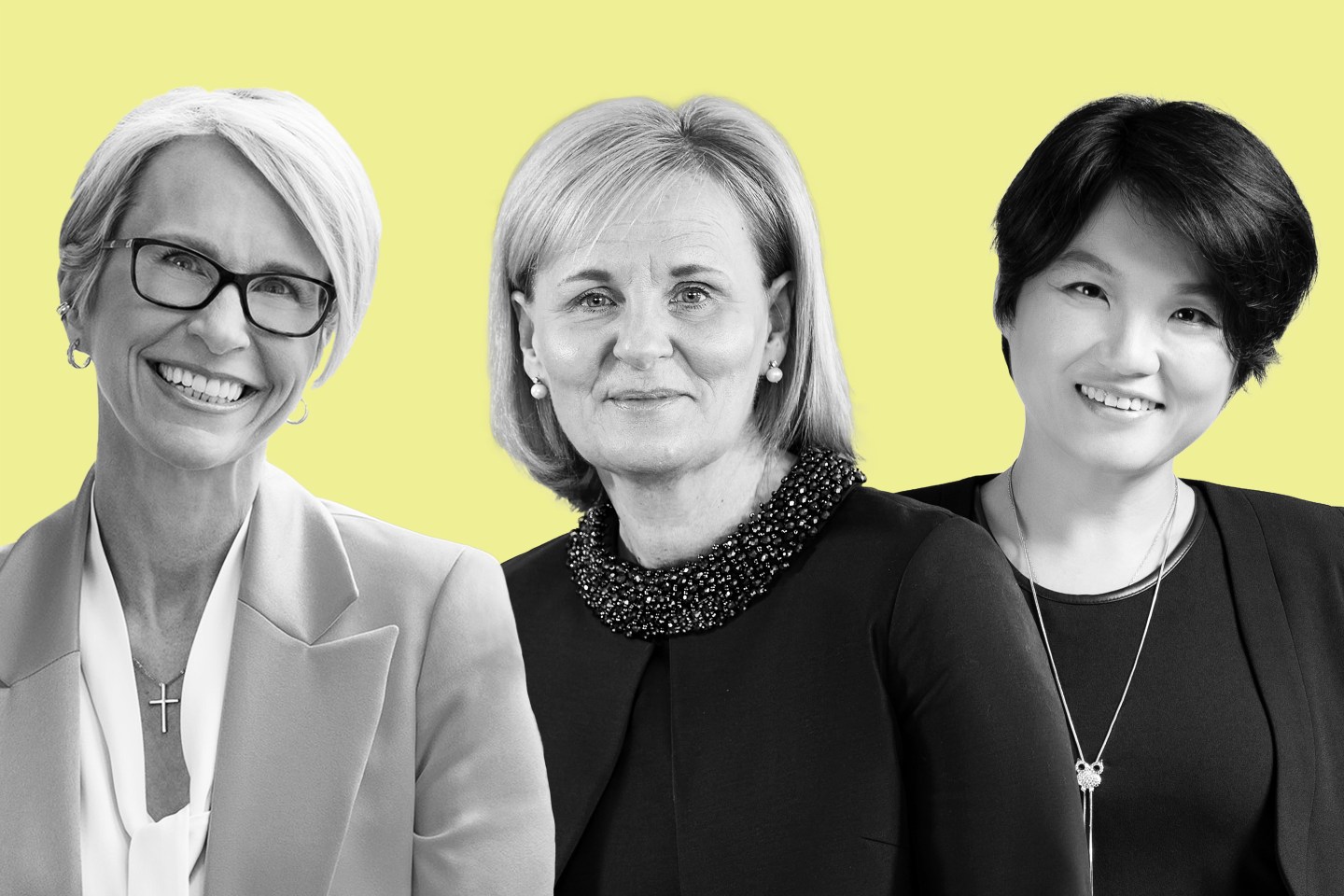 Global 500 CEOs (from left) Emma Walmsley of GSK, Amanda Blanc of Aviva, and Tan Sin Yin of Ping An.
Courtesy of GSK, Aviva, and Ping An

– Going global. Just over two months after the publication of this year’s Fortune 500, it’s time for the next major Fortune franchise: the Global 500.

While 44 female CEOs led just 8.8% of Fortune 500 businesses, the statistics for their global counterparts are even bleaker. Women CEOs lead 24 companies on the Global 500, a mere 4.8% of the world’s largest businesses.

Progress for female CEOs on the Global 500 has always been slower than among the American businesses that populate the Fortune 500. The companies on the Global 500 are larger than on the Fortune 500 since the list ranks not just the biggest businesses in one country but in the world. Female CEOs also typically run smaller businesses—across both the domestic and international rankings—rather than the giants that make up the highest ranks of the lists. Still, corporate America, for all its faults, has had more success elevating female executives to CEO positions than big businesses in other regions.

Newcomers this year include Christel Heydemann, who became CEO of the French telecommunications business Orange in April; Alka Mittal, who took over India’s Oil & Natural Gas Corporation on an interim basis in January; and Estelle Brachlianoff, who was promoted to CEO of the French utility business Veolia Environment in July.

Global 500 CEOs (from left) Emma Walmsley of GSK, Amanda Blanc of Aviva, and Tan Sin Yin of Ping An.
Courtesy of GSK, Aviva, and Ping An

Other familiar faces at non-U.S. companies include Martina Merz, leader of the German materials business ThyssenKrupp, and Amanda Blanc, who leads the British insurer Aviva.

CVS Health, like on the Fortune 500, is the highest-ranking Global 500 business to be led by a female CEO (Karen Lynch). The healthcare company is ranked No. 10 on the Global 500 and No. 4 on the Fortune 500. Other women-led American businesses to appear on the list include Best Buy, led by Corie Barry; Citigroup, led by Jane Fraser; and TIAA, led by Thasunda Brown Duckett).

Only a handful of female CEOs of Global 500 companies are women of color. They include Tan Sin Yin, co-CEO of China’s Ping An Insurance; Roz Brewer of Walgreens Boots Alliance; Mittal of Oil & Natural Gas; and Duckett of TIAA.

This year’s minuscule 4.8% is nevertheless an all-time record. Just 17 female CEOs ran Global 500 businesses in 2014, the year Fortune began tracking such data. In the eight years since, the count has dropped to a low of 12 and risen to this year’s high of 24.

The Broadsheet is Fortune’s newsletter for and about the world’s most powerful women. Today’s edition was curated by Paige McGlauflin. Subscribe here.

ALSO IN THE HEADLINES

- Votes are in. Kansas voters overwhelmingly chose to preserve the state's protections for abortion rights in a referendum Tuesday. This is the first time the question of abortion rights has been put directly to voters since the overturn of Roe, and the result highlights the gulf between lawmakers' and voters' views on the issue. CNN

- Taiwan trip. House Speaker Nancy Pelosi arrived in Taiwan on Tuesday, making her the highest-level U.S. official to visit the island in over 25 years. In a statement, Pelosi said the visit was a sign of “unwavering commitment” for U.S. support of the island’s democracy. After her arrival, China’s Foreign Ministry denounced the trip, saying it “seriously undermines” China’s sovereignty and territorial integrity and the political foundations of U.S. relations. New York Times

- Leaning out. Sheryl Sandberg has officially ended her full-time executive tenure at Meta. The former COO, who joined the tech giant in 2008 and was the mastermind behind its business model, departed from her role on Aug. 1, according to an SEC filing. She will be an official Meta employee through September and remain on as a board member. TechCrunch

- Policy tweaks. Wells Fargo is reviving its hiring policy that led to fake job interviews for diverse candidates, but with a few changes. The bank suspended the policy in early June when a former employee complained that he was forced to interview diverse candidates for jobs that were already filled. Under the revived policy, which goes into effect on Aug. 19, managers will be subjected to increased training and have access to an easier approval process for exemptions to the requirement. The roles subject to the diverse candidate requirement will also be based on job level instead of compensation. New York Times

MOVERS AND SHAKERS: Sisi Wei, co-executive director of OpenNews, is joining The Markup as its editor in chief.

- Idaho lawsuit. The Justice Department filed a lawsuit challenging Idaho’s near-total abortion ban on Tuesday. The lawsuit, the first legal battle on abortion from the Biden administration, argues that the state’s abortion restrictions conflict with a federal law requiring that hospitals accepting Medicare provide emergency treatments, including abortion. Though the law isn’t in place yet, it’s similar to laws in over a dozen other states, though they all make certain exceptions in cases of rape or incest, or if the mother's life is at risk. Wall Street Journal

- Free speech post-Roe. Tucked inside the Telecommunications Act of 1996 is a provision that could be used to make online abortion discussions illegal. The Communications Decency Act criminalizes online discussion of abortion, although no one has ever been charged with violating the provision, and much of the CDA has been struck down in two legal challenges. But after the Supreme Court’s overturn of Roe v. Wade and mounting uncertainty over other legal protections to abortion, digital rights activists say the provision could be used to  prohibit abortion-related speech online. New Republic

One of TikTok’s biggest stars roasts dudes for their misogyny, racism, and fatphobia Bloomberg

Liz Cheney is prepared to lose power, and it shows New York Times

“You're always questioning yourself because you want to be the best mother you can be, the best teacher you can be…I think it's just part of human nature. You want to make sure you do a good job at anything you do.”

- First Lady Jill Biden on managing her administrative duties, teaching career, personal life, as well as the guilt that comes with paying too much attention to just one.

This is the web version of The Broadsheet, a daily newsletter for and about the world’s most powerful women. Sign up to get it delivered free to your inbox.