Confronting the critics of stakeholder capitalism 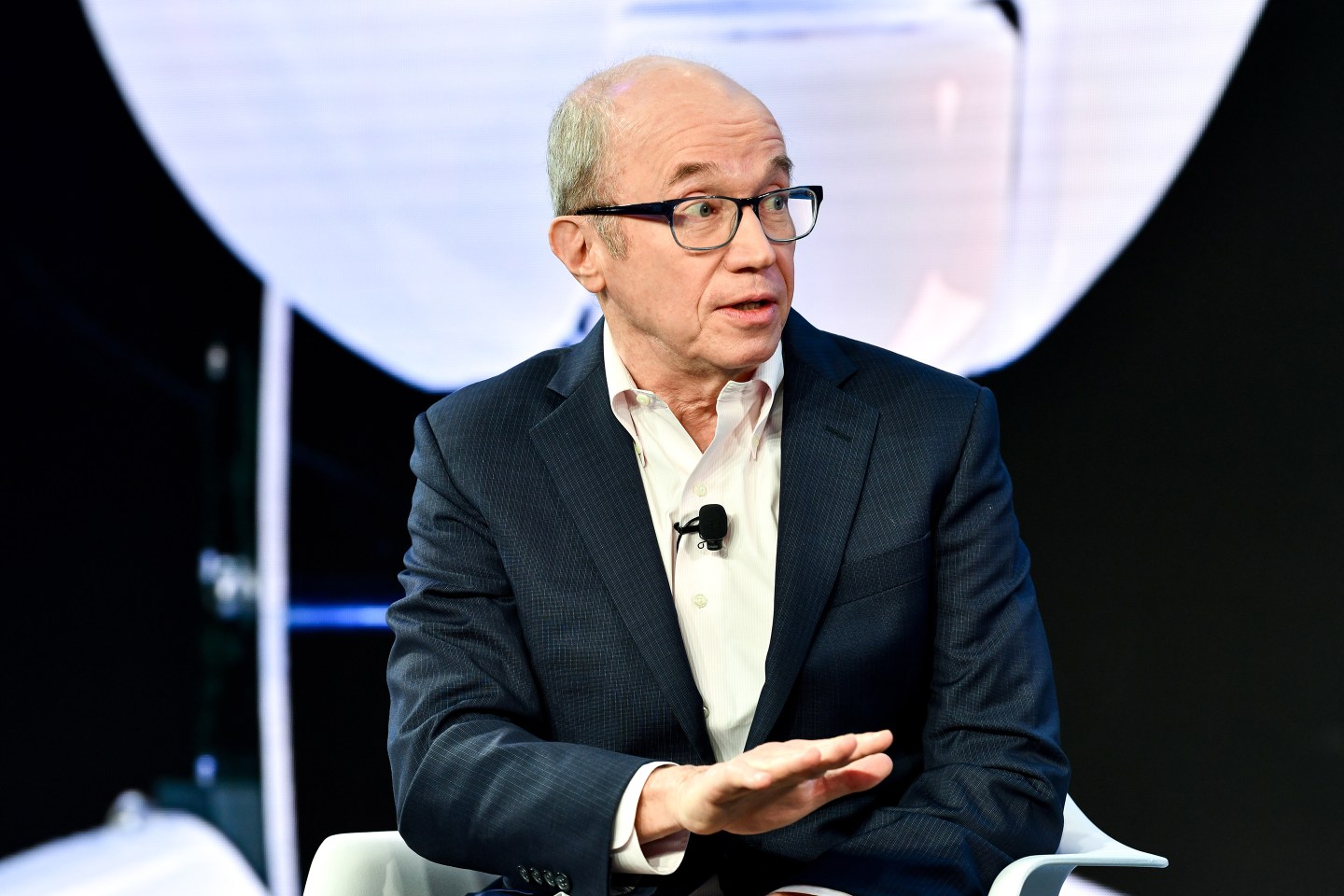 In his new book Tomorrow’s Capitalist, out today from PublicAffairs, Fortune CEO Alan Murray chronicles the inexorable change he’s witnessed among business leaders over the past several years—something he describes as nothing less than a “rethinking of corporate capitalism.” Drawing from hundreds of conversations with other CEOs, he delves into what he calls a “major change in corporate ideology” in which chief executives and the companies they helm have widened their worldview. In growing numbers, they’re aiming to lead in ways that benefit not just their shareholders, but society as a whole.

Murray has written extensively about this shift toward stakeholder capitalism. He’s a believer in its importance and its positive potential; many of his readers and interlocutors, as he readily acknowledges, are not. In the excerpt below, Murray responds to some of the most common critiques he’s encountered.

For most of my career I have seen my job as explaining the world, not changing it. My journey into the world of stakeholder capitalism was driven more by a journalist’s curiosity than a crusader’s zeal. Over time, however, I have become a believer. Based on what I have had the privilege to see and hear by virtue of my job, it seems absolutely clear to me that something important is happening in the world of business, and its effects on the world are, for the most part, good.

But clearly, not everyone agrees with my thesis. One of the pleasures of my job is the three hundred words I get to write each day for our newsletter, the CEO Daily. And one of the ancillary pleasures of newsletter writing is that recipients feel free to respond. Over the course of the last couple of years, I suspect I have gotten encouragement, but also heard every argument that anyone with a keyboard can muster. I’ve tried to sort them into general categories, with my responses to each below.

You are so naive, my friend. All this talk about purpose and stakeholders is a head fake, meant to deflect criticism. Greed is still the name of the game.

As a lifelong journalist, I appreciate skeptics. They are my native tribe. But at some point, I have to accept what my ears hear and my eyes see. Yes, I am certainly aware of CEOs who have gone to their chief marketing officers and demanded, “Find me a purpose!” Indeed, I once worked for one who did exactly that. And I know many stories of companies that pursue good works mainly to deflect attention from their bad works—think of the Sacklers contributing to art galleries while pushing opioid pills on the public.

But I have spent too many hours in too many conversations hearing testimonials from too many leaders who have bowed to the forces of the stakeholder movement, sometimes even against their will. Under Armour CEO Patrik Frisk, for instance, said at one of Fortune’s CEO Roundtables that if you had asked him when he first took the job to talk about the CEO’s role in broader social issues, he would have said, “What are you talking about? I’m here to run a business.” But demands from employees, consumers, and investors have changed his view. “It’s become the expectation for us, both internally as well as externally.”

Okay then, maybe they mean it, but is there any evidence they are actually doing anything about it? At the end of the day, they still have to make a profit, and that drives all.

There is something to that argument. For stakeholder capitalism to become a powerful force, it will need to be supported by common and transparent metrics, and CEOs will have to be held accountable for meeting those metrics, by their boards, their investors, their employees, and their customers. We’re not there yet.

In the meantime, though, what I’ve learned in four decades covering business, and a much shorter time practicing it, is that there is seldom only one answer to any problem, and only one path to a profitable outcome. If CEOs start to pay more attention to the social impact of their business decisions, it will matter at the margins. And in businesses of this size, those margins are large.

Don’t you see, Murray, that this is all a big game of politics, and the CEOs are playing it poorly. They think they are appeasing liberal Democrats with their squishy talk of social goals. But in fact, they are only empowering them with appeasement. The result will be that government will turn those goals into regulated requirements.

Ahh, my friends on the Wall Street Journal editorial page have joined the dialogue. And again, there is something to their argument. As a political tactic, talking about how CEOs need to take more responsibility for social outcomes may provoke the Elizabeth Warrens of the world to take stronger action.

But what is clear to me is that most of these CEOs aren’t being driven by political strategy. As Salesforce CEO Marc Benioff put it, they are being led by their employees, who in turn are their most important asset. This is nurturing the goose that lays their golden eggs. Political strategy is a secondary concern.

In some sense, yes. There isn’t necessarily a conflict between social purpose and profits—at least in the long term. But again, there is always more than one path to a profitable outcome. And if an increased focus on social benefits leads to the path that is better for people and the planet, isn’t that a good thing?

You said, “at least in the long term.” Is what we are really talking about here the difference between short-term and long-term profit seeking?

It takes very little imagination to think of ways you can goose short-term profits at the expense of society. Despoil the environment, slash research, take shortcuts in your product development that may cause problems years in the future, ignore long-term health effects. But over time, the interests of shareholders and stakeholders tend to converge. If you don’t take care of your employees, your customers, the communities they live in, or the environment, eventually it will come back to haunt you.

So, yes, “stakeholder capitalism” and capitalism for the long term are closely related.

So, if all you are saying is that companies that pay attention to stakeholders will, in the long run, do better for their shareholders, then are you really saying anything new? Hasn’t that always been true?

To some extent, perhaps it has. It is certainly possible to find companies that have always operated this way. I guess what has changed is the cost of not operating this way. If you don’t look after your employees, if you don’t listen to your customers, if you don’t show concern for the future of the planet, the consequences are likely to come faster and harder.

What worries me is focus. Businesspeople aren’t that smart. If you give them multiple goals, aren’t you increasing the odds that they won’t meet any of them? Setting total shareholder return as a goal keeps them focused.

Let’s be honest, folks. Is there really any area of your life where you focus on a single goal, to the exclusion of all others? Do you obsess over your children’s grades, and ignore their happiness or their health? Do you choose a home based solely on a calculation of return on investment, without any regard for what it looks like, where it’s located, or whether it is arranged in a way that works for your family? Nothing in your life can be measured by a single metric; why do we think business should be different?

But aren’t you worried that we will return to the economy of the 1970s, when businesses became complacent?

Not really. The rapid pace of technological change and the onslaught of disruptive innovation have left most big companies anything but complacent.

Regularly, I speak to companies that are more concerned with startups than with their legacy competitors. That’s a common refrain in today’s business world. We are in a period of Schumpeterian creative destruction that is driving the best big companies to transform themselves faster than ever before in their histories, or be subjected to disruption. Frankly, I’ve never seen CEOs less complacent. The elephants feel like they have to dance . . . or else.

Okay, even if you could convince me that CEOs can successfully address social goals, why should we let them? Who elected those CEOs? Shouldn’t that be the job of democratic governments?

Fair enough. But unfortunately, our governments have been proving themselves sadly incapable of addressing even some of our most obvious needs. Government too often seems to be set up to exploit problems for political gain, rather than solve them. Companies, on the other hand, are set up to solve problems, and CEOs are trained to do the same. Why not let them do what they can?

In fact, what I’m seeing today is that the desire to solve social problems is itself driving dynamism. Increasingly, companies are applying their profit-making superpowers to some of the world’s most stubborn problems, and they are driving real change. It’s been said that companies today are taking on unsolvable problems and solving them, while government is staring at solvable problems and doing nothing. That’s why Benioff, in his memoir Trailblazer, calls business “the greatest platform for change.”

Like most of the people quoted in my book, I am a committed capitalist. There may be others out there who see another path forward, but I am not one of them. Capitalism has proven itself the best system mankind has conceived to organize human activity, to create prosperity, and to eliminate poverty. Recent decades only have reconfirmed that fact.

But that doesn’t mean capitalism cannot be improved, or that we have no obligation to improve it. “We do need to address climate change. We do need to reduce carbon emissions. We do need a more inclusive society, and we can’t stay polarized,” Dow CEO Jim Fitterling said in a Fortune CEO roundtable discussion in the spring of 2021. Fitterling runs a petrochemical and plastic business but is passionate about a carbon emissions- and plastic waste–free future. “If business can be a leader in helping bridge the divide between two diametrically opposed political parties, then shouldn’t we take a shot at that?”

The forces are now in place to bring about capitalism 2.0—a capitalism that is more human, more conscious, more creative, more compassionate, more inclusive, more focused on creating shared value, more dedicated to solving the problems of people and the planet. The burden on the rest of us is to recognize that change, to embrace it, to nurture it, to make it measurable and accountable, and to do our own part to make business better.

Excerpted from TOMORROW’S CAPITALIST: My Search for the Soul of Business by Alan Murray with Catherine Whitney. Copyright © 2022. Available from PublicAffairs, an imprint of Hachette Book Group, Inc.