The threat of long COVID means we can’t pull punches on vaccines, tests, and masks 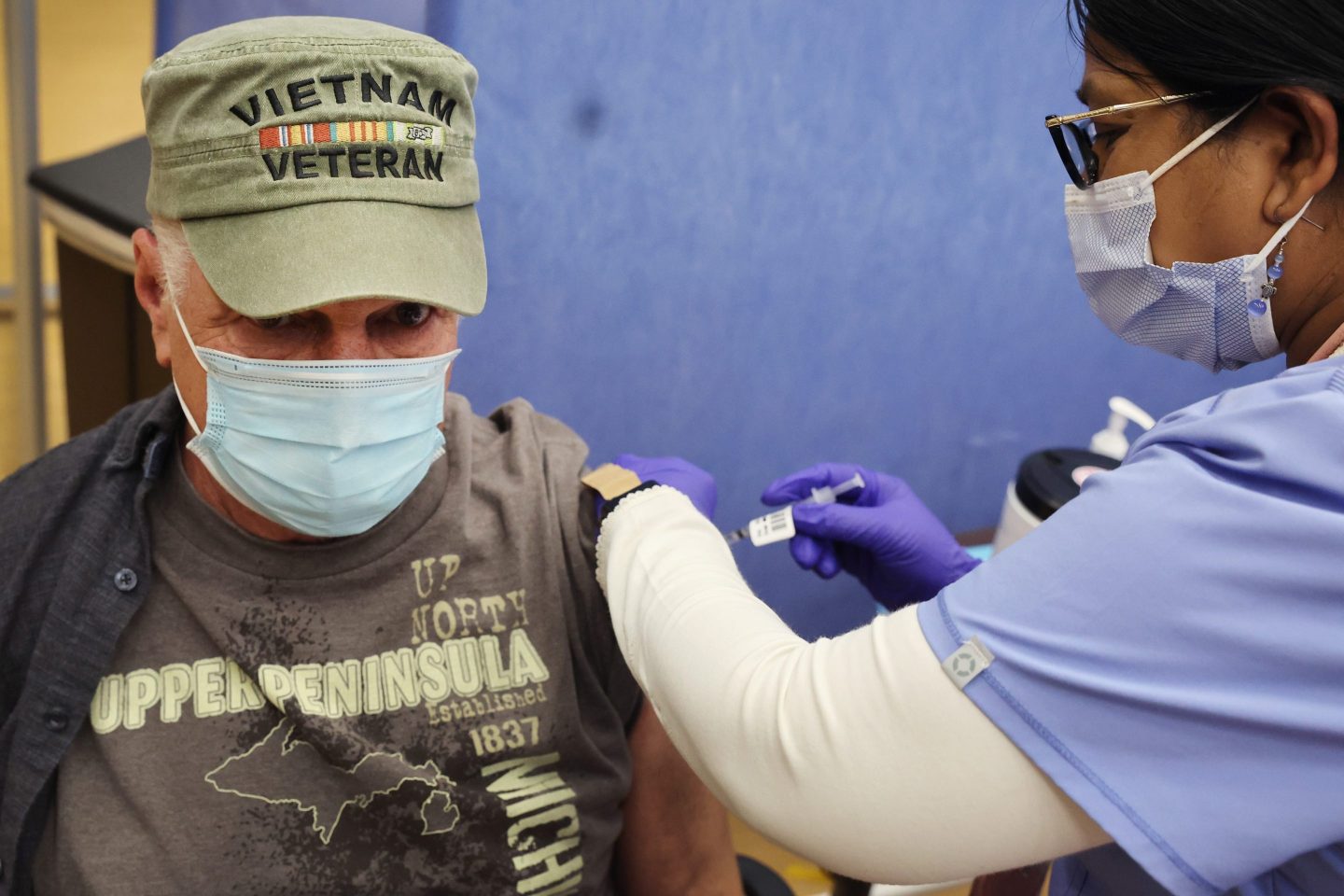 “The reality of long COVID is upon us,” writes Carolyn Barber. “It’s on us as a country to remain vigilant against the spread of the disease that fosters it.”
Scott Olson—Getty Images

Their stories are shared through social media, the fear and agony front and center in almost every conversation: breathing issues, chronic pain, unexplained bruising, hallucinations, brain fog. “No way to describe besides six daggers in my back,” wrote one. Added another, a doctor exposed on the job in 2020, “I am a shell of my former self.”

Of the many facets of the COVID-19 pandemic that have baffled researchers and left governing bodies grasping for sensible policies, perhaps none will leave as deep a mark as long COVID. Its path a mystery, its complications wildly varied, it remains at this point the subject of more concern than actual knowledge.

What is clear, though, is that long COVID and its debilitating effects will ultimately affect tens of millions of Americans—and that is one reason why national health policies and preventative measures related to the disease in general remain critically important. Now is not the time to take our foot off the gas pedal.

The numbers are stark. A recent report by the Solve Long COVID Initiative estimates that some 22 million Americans, about 6.7% of our population, are already dealing with effects of the virus months after their initial infection. (The numbers are similar to those put forward by the U.S. Government Accountability Office.) Roughly 7 million in our country may be experiencing disabling long COVID symptoms. To put that in perspective, U.K. figures show that long COVID is affecting approximately 2.7% of its population.

Still, we don’t even have a precise definition of long COVID. Broadly speaking, it is the appearance, recurrence, or persistence of symptoms in patients weeks or months after they initially contracted the virus. The symptoms may then continue for months or even years, with potentially dire consequences.

This is not unprecedented, medically speaking. The GAO’s report notes a study indicating that 27% of survivors of a previous coronavirus, severe acute respiratory syndrome (SARS), which was first discovered in Asia in 2003, were still experiencing chronic fatigue syndrome four years after their initial infection.

But COVID’s scale is vastly more significant than was SARS, and the effects of long COVID (sometimes also called post-COVID) are, for millions, severe and life-changing. These may include cardiac disorders, clotting issues, kidney injury, lung damage, even diabetes. More than three-quarters of those living with long COVID have reported cognitive impairment, and depression and post-traumatic stress disorder are common, experts say.

A massive study by the Veterans Administration of more than 150,000 individuals with COVID-19, meanwhile, found them to be at a substantially higher risk of heart problems or cardiovascular disorders—some 20 types in all—for at least a year after diagnosis. Those who had recovered from COVID-19 were 52% more likely to have a stroke and 72% more likely to experience heart failure, compared to a control group.

So why talk about all of this now? Because long COVID symptoms can develop in a person of any age, even after a mild or asymptomatic case of the virus. In short, more COVID means more long COVID. And not only might we be dramatically undercounting cases in our country right now, but we are relaxing the rules around the virus at a time when even our diminished counting system shows that caseloads are again on the rise, driven by the arrival in the Northeast of the BA.2 subvariant of Omicron.

The advent of home test kits for COVID, while unquestionably important, has compromised agencies’ ability to know how many people are actually testing positive, because labs never see those results. “I wouldn’t be surprised if we were only capturing one in seven or one in eight cases,” former FDA Commissioner Scott Gottlieb said recently. Gottlieb suggested that “when we say there’s 30,000 infections a day, it’s probably closer to a quarter of a million infections a day.” That’s a chilling thought, and if it were actually documented rather than guessed at, it would almost certainly prompt different decisions about the precautions we should take.

The notion of continued viral threat was driven home with some clarity earlier this month, when the annual Gridiron Dinner in Washington, D.C., effectively served as a super-spreader event, with more than 70 people subsequently infected. It was a high-profile reminder that the virus is still thriving in the U.S.—yet many states are shuttering test sites, dropping mask restrictions, and discontinuing the daily reporting of infections, hospitalizations, and deaths.

We need good data to make good decisions. One start would be to vastly scale up wastewater surveillance across the U.S., since virus can be shed by individuals with and without symptoms in feces, and sewage surveillance can provide an early warning of new spread.

Let’s also make rapid tests more widely available and free, with a way to track results, and improve how we gather and share information from hospital systems and states. Waiting for COVID-related hospitalizations to rise simply puts us behind the curve, after infections already have taken off.

The goal of public health, of course, is to be preventative. The idea of masking indoors at large public events, restaurants, and the like during COVID surges should be normalized, not shunned. Masks, vaccines, improved ventilation systems, easy access to antivirals, development of new therapeutics—all these things can help fend off the virus, which in turn could lower cases of long COVID.

Much remains to be determined about long COVID. In early April, the Biden administration announced plans to accelerate the shockingly slow enrollment in a major NIH research project and to coordinate efforts across a number of federal agencies. This announcement arrived in the face of bitter public criticism by groups frustrated by the slow pace of federal activity and the lack of a focus on potential cures, none of which currently exist.

Unquestionably, people are suffering; even children are contracting the dreadful condition. Investment in large-scale clinical trials of antivirals like Paxlovid, along with anticoagulants and antiplatelet therapy, among others, may get us more rapidly on the path to answers on possible treatments. It’s time to push the accelerator.

In the meantime, the difficult journey for COVID “long haulers” goes on, and the impact on the nation cannot be discounted.

“We think [the numbers] will translate into millions of people with long COVID in need of care, and broadly speaking, our health systems need to be prepared,” said Ziyad Al-Aly, director of the Clinical Epidemiology Center at the Veterans Affairs St. Louis Health Care System, in a recent podcast. “People running health systems or clinics need to start preparing for the tide of patients that are going to hit our doors with heart problems and other long COVID problems.” Worldwide estimates are that around 100 million people are suffering or have previously suffered from this.

The reality of long COVID is upon us, even as we strain to learn more about how and under what circumstances the syndrome is most likely to appear. It’s on us as a country to remain vigilant against the spread of the disease that fosters it.

Carolyn Barber, M.D., has been an emergency department physician for 25 years. Author of the book Runaway Medicine: What You Don’t Know May Kill You, she has written extensively about COVID-19 for national publications, including Fortune and Scientific American. Barber is cofounder of the California-based homeless work program Wheels of Change.

Never miss a story: Follow your favorite topics and authors to get a personalized email with the journalism that matters most to you.