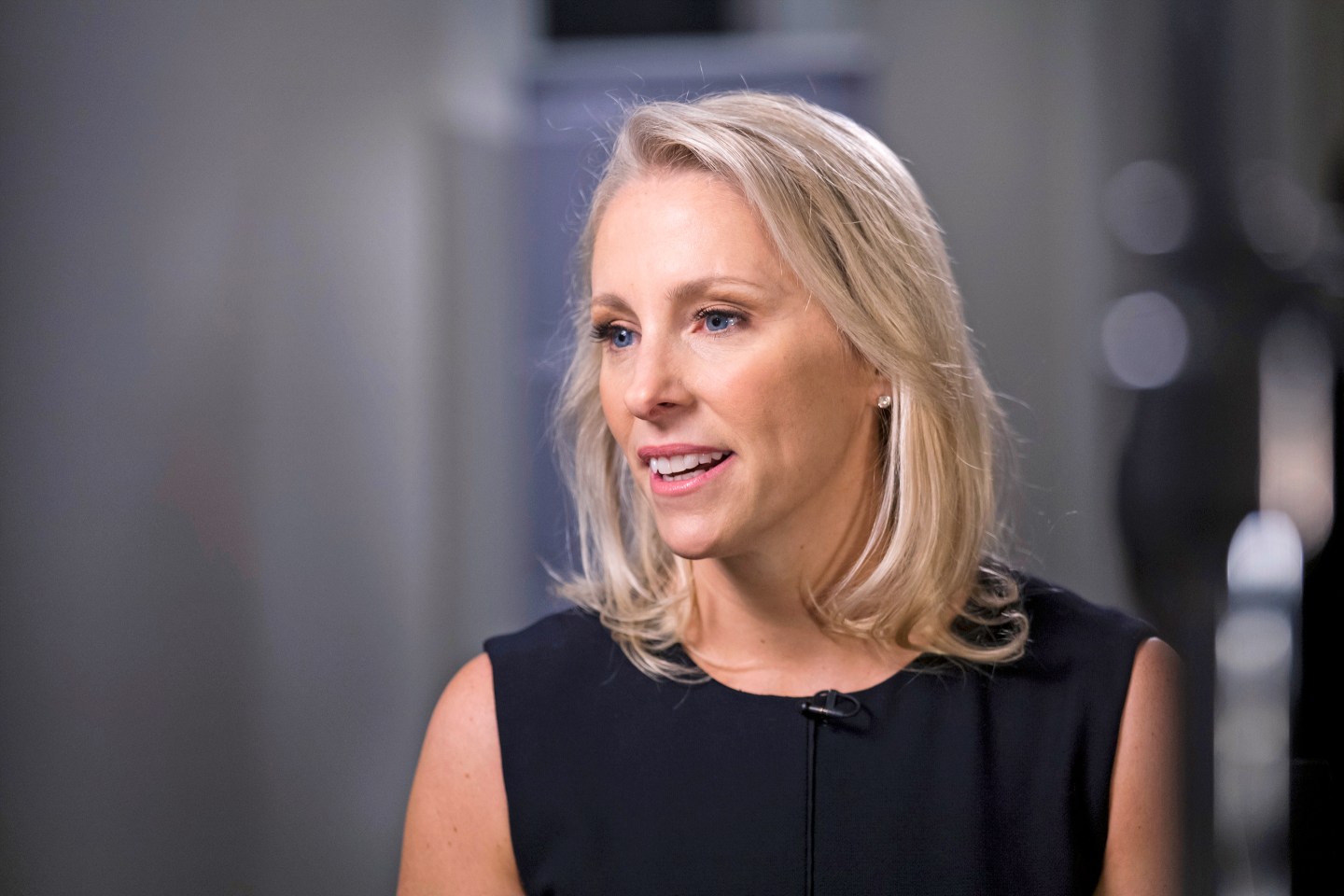 Subscribe to How To Reopen, our weekly newsletter on what it takes to reboot business in the midst of a pandemic.

When Kristin Peck became CEO of Zoetis in January, the animal health company was growing rapidly, thanks in part to steady growth in spending on pets. Just a few weeks later, coronavirus lockdowns turned the global economy upside down. But they also prompted Americans to adopt pets in record numbers, enabling Zoetis and Peck to face their first big crisis with what you might call a tailwind.

Zoetis, which makes medicines, vaccines, and other products, was spun off from Pfizer in 2013 and joined the Fortune 500 in 2019. It’s the market-share leader in “companion” animal health, with 22% of the market, and in several livestock categories too. With the pandemic doing only minor damage so far to commercial livestock or pet spending, Zoetis’s business has held up relatively well. The company’s stock is down roughly 5% this year, while the S&P 500 has fallen more than 9%.

The drugmaker has an “incredibly diversified business,” says James Tierney, chief investment officer of concentrated U.S. growth at AllianceBernstein. Its portfolio is split roughly 50/50 between companion and livestock, with about the same split between U.S. and international sales. And unlike many human drug companies, notes Tierney, it isn’t dependent on blockbusters. Zoetis’s bestselling product, dog itch medication Apoquel, generated less than 10% of its total sales of $6.3 billion in 2019.

Peck, who grew up in Connecticut around animals (“We had horses, four dogs, two cats, birds,” she recalls), was an executive at Pfizer before joining Zoetis to shepherd it through its IPO. She’s adjusting to the new reality in part by boosting advertising for pet products and building veterinary telemedicine partnerships.

Kristin Peck, center, along with members of the Zoetis Board of Directors visits a poultry hatchery.
Courtesy of Zoetis

Peck says the newly minted pet owners of the pandemic era “engage differently”: They’re largely digital-first millennials, she says, and are more likely to heavily research products before buying. That’s already giving a boost to some of Zoetis’s specialty products like its dermatology line (Apoquel and Cytopoint), as well as products for pet pain like Rimadyl. Another promising product expected to add hundreds of millions in sales: a new combination flea, tick, and heartworm medicine for dogs, Simparica Trio—currently the only such combo product available in the U.S.

Like pet spending itself, Zoetis isn’t entirely recession-proof, and the company recently lowered its growth forecasts for the year. Amid the pandemic, its livestock business faces short-term challenges, especially in beef and dairy, where supply chain problems involving plant closures and interrupted processing of beef have caused hardship, even leading to some animals getting euthanized. But Peck says she doubts the coronavirus will curb the long-term trend toward eating more protein. And if lean times lead consumers to focus on cheaper meats, Zoetis could benefit from products like Zoamix, an additive that takes the place of antibiotics in chicken feed—one more example of diversification feathering the company’s nest.